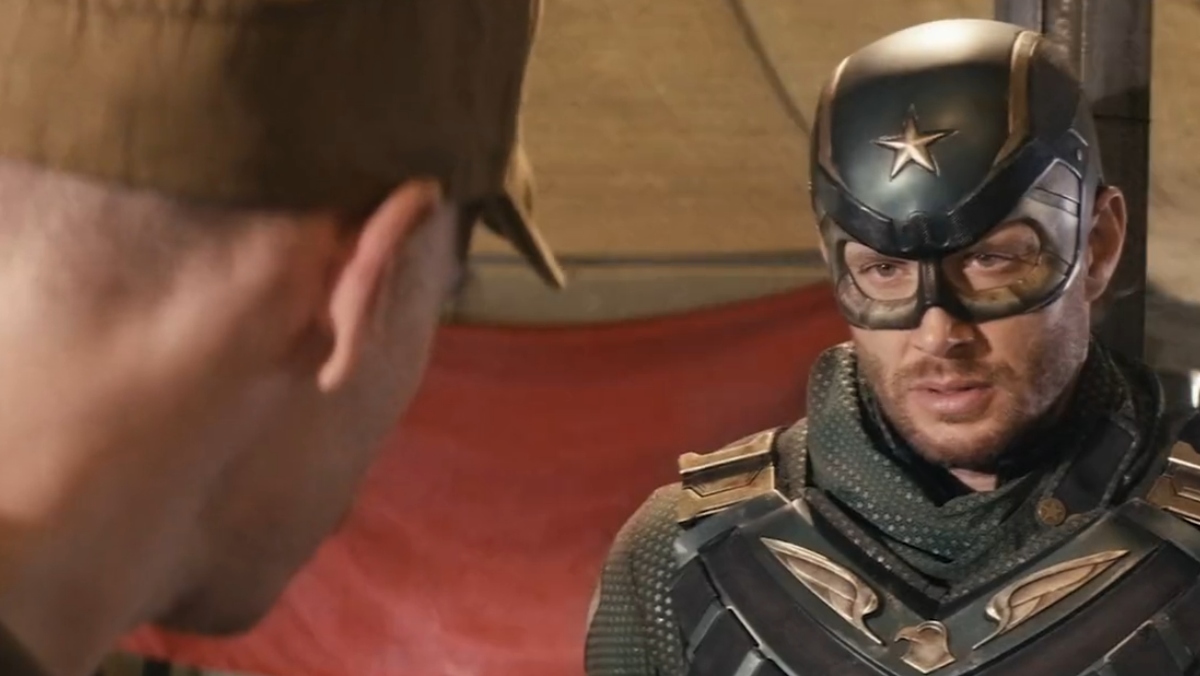 Soldier Boy is back on the ice now after causing a deluge of death, including Maeve, Vought’s bravest lesbian heroine, and general mayhem. But that doesn’t mean Vought International still isn’t celebrating this good old American hero. In The boys season three, we got glimpses of red thunder, a 1983 film featuring Soldier Boy as he takes on the Reds. Now it’s available on the fictional Vought++ streaming service which we totally wish was a real thing. (We would have loved a Black Noir horoscope show.) And it’s just as ridiculous as anything from a supe.

The content warning is a clear dig at the streamers who set them up as to why they have extremely offensive content available. In it, Vought dismisses Soldier Boy’s actions, blaming the Russians for radicalizing him. Nevertheless, the disclaimer reminds us that he is still an American hero and that we can “learn” something from this propaganda. I mean…movie. Please don’t send A-Train to run me over.

Brave Soldier Boy (whom Jensen Ackles still plays to perfection) is tied up. And he faces a Soviet commander named Yuri. The latter threatens the American captive, saying that he does not look like a hero. Soldier Boy jokes that he’s in town buying some rugs, punches himself in the stomach, and claims he’ll kill any Commie bastards who try to hurt his fellow Paybacks. He comes off a good line saying, “God would have mercy. I will not do it.

The Soldier Boy movie clip continues with Yuri taunting him while Soldier Boy plays the heartfelt hero. He does this with a very thin veil, but it works long enough for the TNT twins to hit Yuri. The three run to the airfield to stop a strike and, well, I want to see the rest of this movie now.