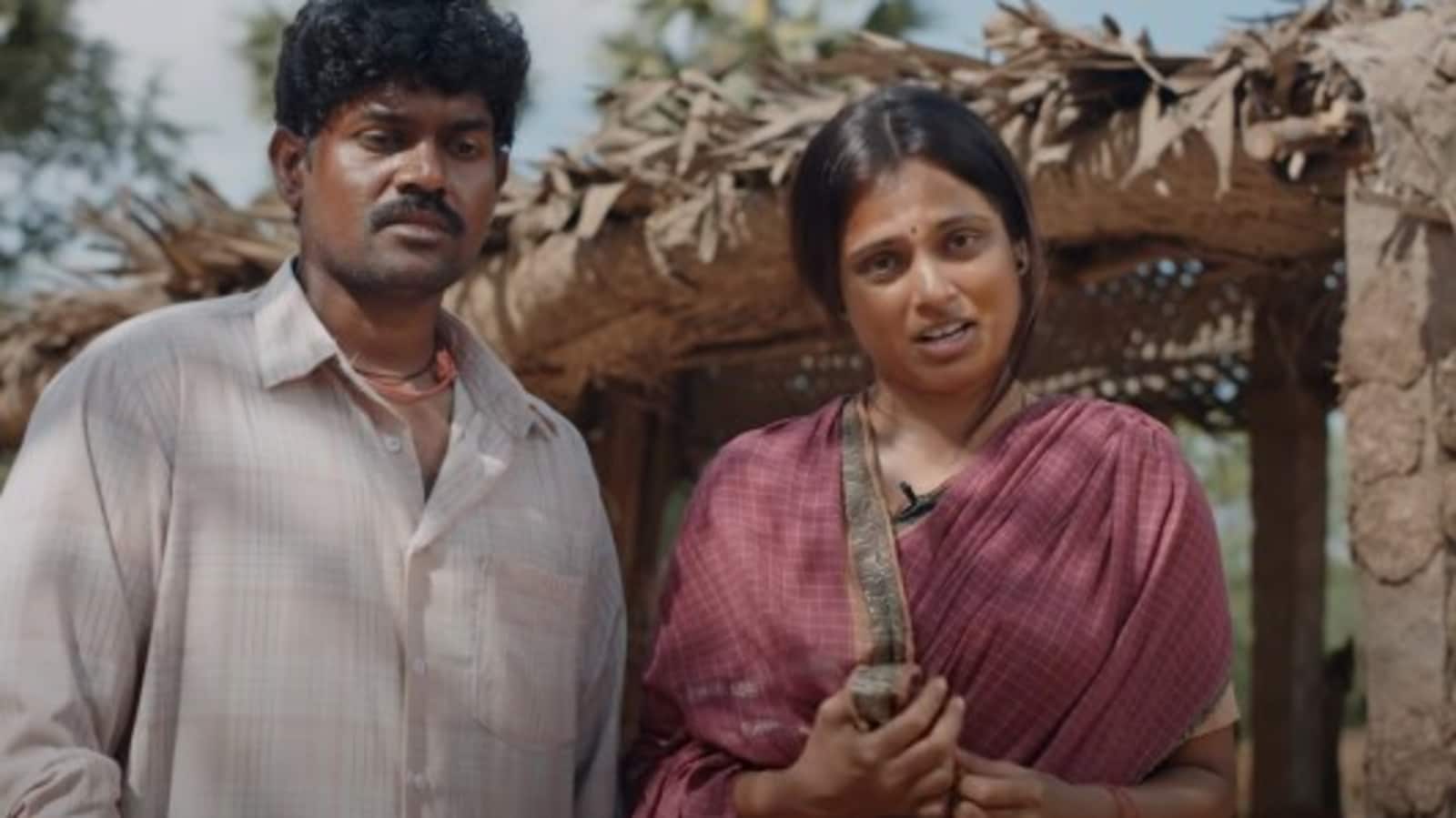 Raame Aandalum from director Arisil Moorthy Ravanan Aandalum (Ra Ra), which is the first title in Amazon Prime Video’s recently announced collaboration with Suriya’s 2D Entertainment, is a socio-political satire set in a village. The film has the heart of Anusha Rizvi’s Peepli Live, but still functions as an original rural drama about the events following the disappearance of two beloved bulls. Maintaining a predominantly satirical tone, Ra Ra manages to raise a few pertinent questions without getting too serious. It strikes a nice balance between satire and drama.

The film follows Kunnimuthu, a farmer, and his wife Veerayi, who lose their bulls, Karuppan and Velaiyan, whom they looked after like their own children. Kunnimuthu loses all hope of getting them back. When we learn that a local politician could be involved in their disappearance, the story takes a political detour with multiple twists and turns.

Arisil Moorthy made a confident debut and established himself as a filmmaker with a voice and a purpose. It goes beyond the entertainment factor to give us a relatable story featuring characters we can empathize with. Located in a small village without basic amenities like electricity and clean water, it’s a story of hope and development – on one side there are the villagers and on the other, the politicians greedy. By taking a satirical position, the film manages to dig directly into the current political scenario. Fortunately, he never exaggerates in his attempt to talk about the broken system we live in.

Newbie Mithun Manickam in the film’s lead role is a solid find and brings out his character’s helplessness quite convincingly. He’s a natural and he plays his character with unparalleled sensitivity. Ramya Pandian, in the limited time she has onscreen, makes an impression. Vani Bhojan as a fearless journalist is the stage thief in the second half, as she vows to shine the spotlight on corrupt politicians. Realistic locations play a vital role in enhancing the overall viewing experience.