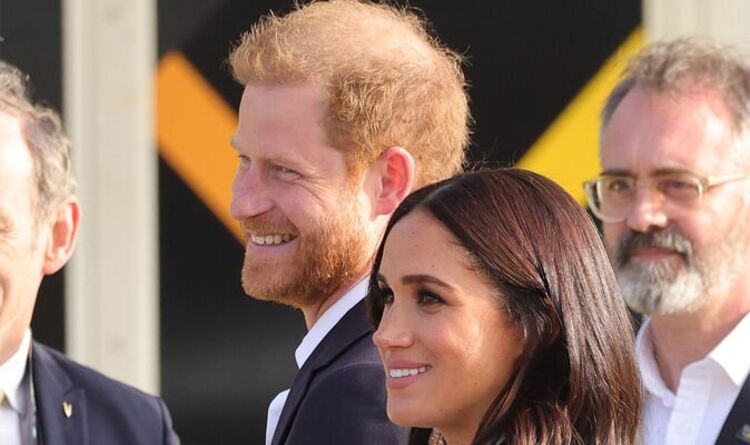 Prince Harry is in the Netherlands today with his wife Meghan Markle as he prepares to open the Invictus Games. However, a royal expert has questioned the future of the sports tournament for injured servicemen. Royal correspondent and biographer Robert Jobson has claimed that Harry’s decision to leave the Royal Family in 2020 could possibly doom the Invictus Games.

He said: “I’m a big fan of the Invictus Games. He did a lot of good out of it.

“There’s a real feel-good factor with it. Personally, I hope it can continue.

JUST IN: Meghan and Harry’s ‘personal’ visit to Queen ‘in the works’

Mr Jobson continued: “Whether he can continue this without being a full-time member of the Royal Family, I don’t know.

“It would be a shame if he lost his momentum. It’s one of his great achievements.”

He also remarked that removing Harry’s military roles and titles showed “what a mistake the couple made” in abandoning the Royal Family.

“That’s the one thing I think he’s absolutely right about.

This year’s event runs from April 16-22 after being delayed by the Covid pandemic.

Harry and Meghan made a surprise visit to Britain en route to the Netherlands.

The Sussexes met the Queen and Prince Charles at Windsor Castle on Thursday in what was seen as an “olive branch”.

Ingrid Seward, editor of Majesty Magazine, told The Sun: “This is a wonderful opportunity to clear the air and offer an olive branch.

“After everything that happened, it must have taken Harry and Meghan a long time to get to Windsor.

“Also, Maundy Thursday is a very special day for the Queen because it is about forgiving.

“She’s not one to hold grudges and I think she would have welcomed them with open arms.”

The one where I review books on magic and mystery