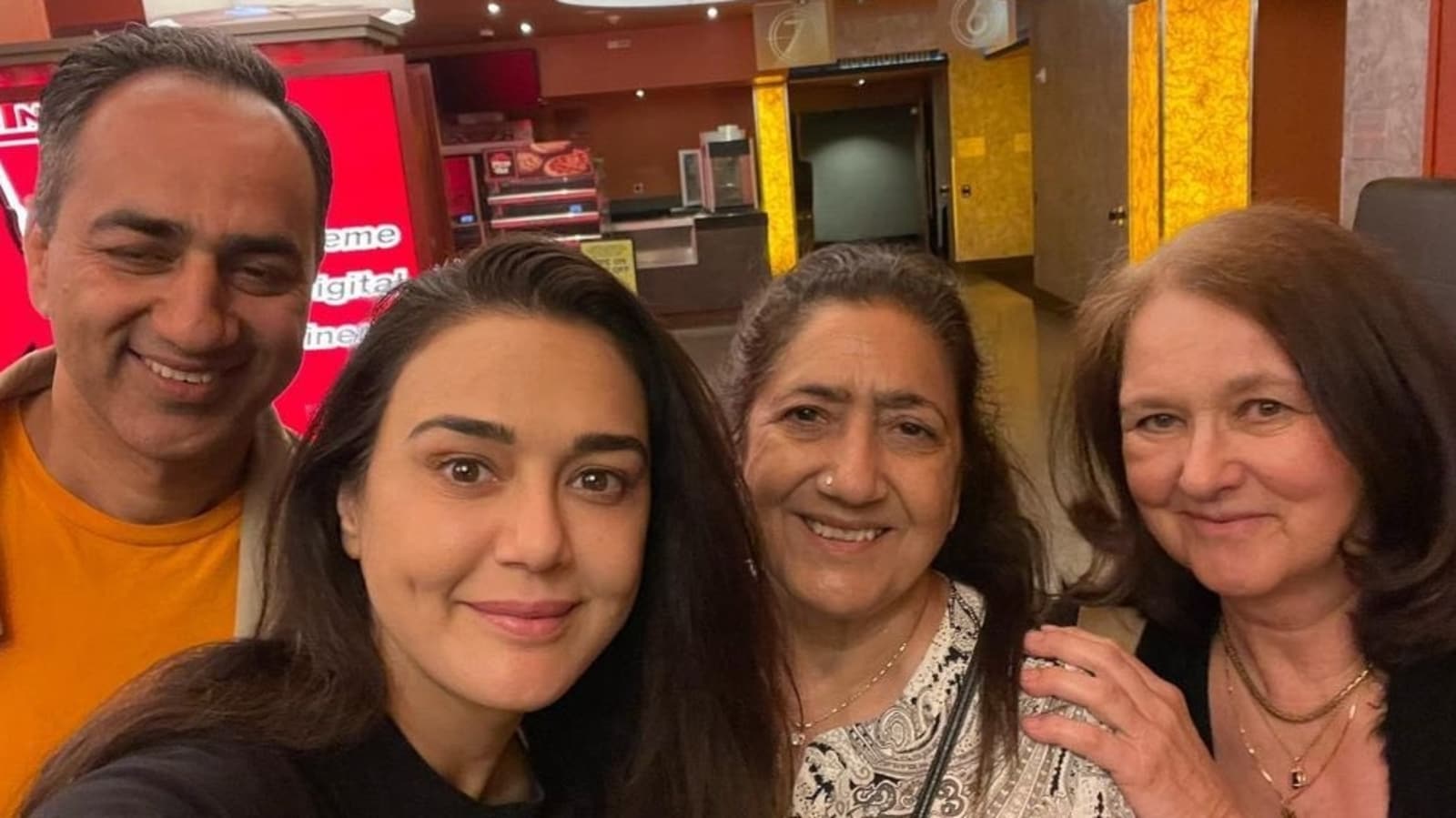 Actress Preity Zinta took to social media on Thursday morning to share a photo from her recent movie outing, which she said was her first “after almost three years.” In the accompanying text, Preity said she watched The Kashmir Files and praised the film’s cast and director, Vivek Agnihotri. The Kashmir Files, released on March 11, has been critically acclaimed and has already crossed ₹200 crores at the box office. Read also : The Kashmir Files Box Office Day 13 Collection: Film Crossovers ₹200 cr, is the highest grossing Hindi release after the pandemic

Taking to Twitter, Preity shared a selfie from outside a movie theater, where she is seen standing with her mother Nilaprabha Zinta and brother Deepankar Zinta. In the caption of the photo, Preity wrote: “So excited to go to the cinema after almost 3 years. I watched #TheKashmirFiles and was blown away by the movie. It’s been a long time since I’ve seen a film in which every actor had done an outstanding job. Preity further praised the film’s cast and director in a subsequent tweet in response to the original.

She added, “Take a bow @vivekagnihotri @AnupamPKher @DarshanKumaar #PallaviJoshi and all the cast and crew (applause emoji) for such a powerful movie. Don’t miss this movie folks. It’s a must see (thumbs up emoji look) #TheKashmirFiles.”

The Kashmir Files is based on the exodus of Kashmiri Pandits from the Kashmir Valley in 1990 after the rise of insurgency and militancy in the region. The film received critical acclaim and enjoyed a boom in box office receipts thanks to positive word of mouth. As it opened at a moderate level ₹3.5 crore, it quickly accelerated, crossing ₹200 crores in less than two weeks.

Preity has been on hiatus since 2009 and has only played occasional roles since. The actor and his husband Gene Goodenough became parents to twins Jai and Gia through surrogacy in November.