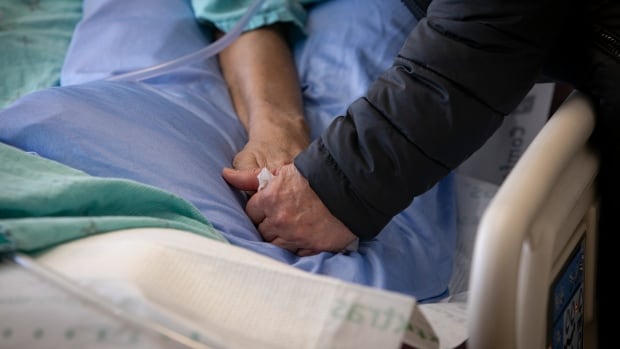 
Nova Scotia intensive care units are now treating more COVID-19 patients than ever since the pandemic began, and the provincial health department chief says hospitals are preparing to get even busier.

“As of today, they will be taxed even though we have intensive care capacity,” said Dr. Brendan Carr in an interview with CBC Nova Scotia News.

On Monday afternoon, 42 people with COVID-19 were in the hospital, eight of them in the intensive care unit. Most of the cases are in the central zone at Halifax’s QEII Hospital, but Carr said there are hospitalizations in each of the other three zones.

The province currently has between 93 and 95 intensive care beds, and an expansion plan is set to increase that number to 200.

Expanding capacity in existing critical care facilities is the first part of the COVID-19 response plan, Carr said. These plans are based on models and the expectation that about 10 percent of people who test positive for COVID-19 will need to be hospitalized, with about three percent potentially requiring intensive care.

A precursor to expansion is the slowing down or delaying of other health services to free up beds and staff. It has already started in Nova Scotia. Carr said about 500 unnecessary surgeries were postponed in the central zone. It’s a step that was also taken in the first wave of the pandemic, and took many months to catch up.

Carr said it was too early to say what the catch-up process will be this time around.

“It really depends on how long we have to pause operations to hold capacity for COVID. If it takes a couple of weeks it’s one thing, if it takes six weeks, eight weeks it’s a whole different story, ”he said.

In the event that internal expansion is insufficient, the health authority is preparing for the opportunity to build field hospitals, as some other Canadian provinces have done.

Carr said Nova Scotia had signaled Ottawa that federal aid was needed should things escalate to the point that field hospitals were needed.

“That would be one of the extreme measures but we definitely have it planned and if we have to we would be moving in that direction,” he said.

Critical care triage – deciding which patients to get an intensive care bed and which not because resources are so scarce – was also part of the planning talks, Carr said. Such difficult decisions would only happen “very late in the game” after other steps failed to meet demand.

Hospitalized COVID-19 cases are increasing rapidly in Nova Scotia, and Carr said modeling shows cases will increase over the next few weeks.

The speed at which the situation is changing was evident on Monday when 40 hospital admissions were reported in the early afternoon and until Premier Iain Rankin and Chief Medical Officer of Health Dr. Robert Strand. two more cases were recorded spoke to the province just a few hours later at a COVID-19 briefing.

These numbers alone set the third wave apart from the first and second waves when there were relatively few hospital admissions in Nova Scotia. Strang said that variation is a key factor in the current wave. Nova Scotia primarily records cases of B117 variantwhich originated in the UK

For Carr, the most important finding about the change in properties in this third wave is that younger, otherwise healthy people become ill.

“It’s a very different picture this time, and in some ways a lot more disturbing,” he said.

Carr said the majority of Nova Scotia hospital admissions currently are people between the ages of 40 and 60. At least one person in their twenties was admitted to the intensive care unit in Nova Scotia. Hospital stays and deaths have tapered across Canada during the third wave.

In the first wave, most of the hospital admissions were people with pre-existing medical conditions, Carr said.

In the third wave, “we see otherwise healthy people who come into contact with this virus and very quickly become dramatically ill and introduce themselves to the hospital.”