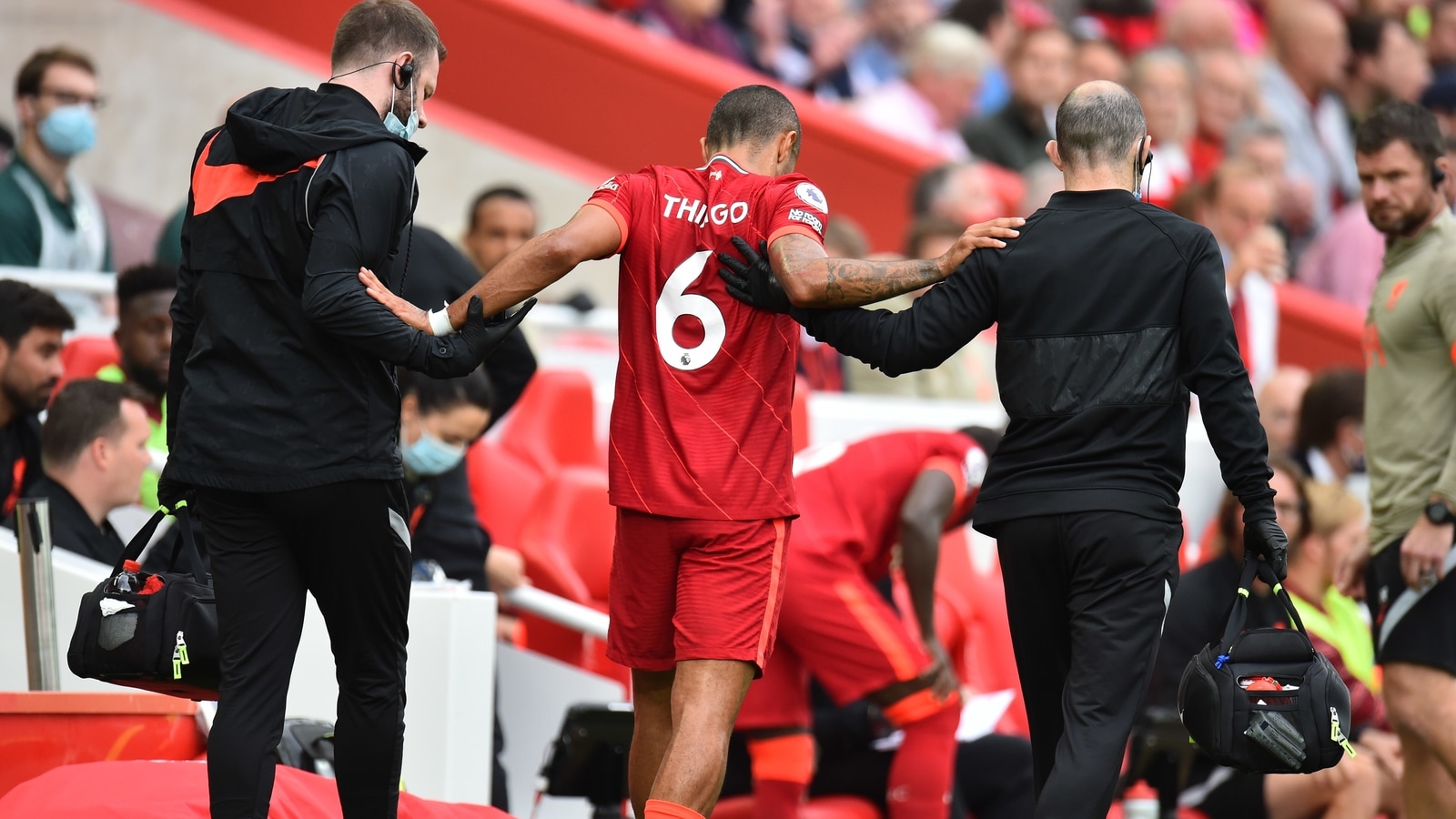 Thiago was substituted in the second half of the 3-0 win over Crystal Palace and assistant manager Pepijn Lijnders has said he will miss Tuesday’s League Cup game at Norwich City and Saturday’s league game at Brentford .

Liverpool midfielder Thiago Alcantara will miss the next two matches after sustaining a calf injury at the weekend, the Premier League club announced on Monday.

Thiago was substituted in the second half of the 3-0 win over Crystal Palace and assistant manager Pepijn Lijnders said he would miss Tuesday’s League Cup game at Norwich City and Saturday’s league game at Brentford .

“I can’t say now how long it will take, but certainly not tomorrow and not this weekend,” Lijnders said on the club’s website.

“Let’s get the results of the analysis and we have a correct diagnosis. Too bad also because he took the game by the hand, he was a good playmaker in my opinion. Too bad we miss him.”

Thiago is the second midfielder Liverpool have lost to injury in recent games after Harvey Elliott broke his ankle against Leeds United and required surgery.

Right-back Trent Alexander-Arnold will also miss the third round match at Norwich with illness as the game comes too early for forward Robert Firmino who returns to training this week after a hamstring injury .