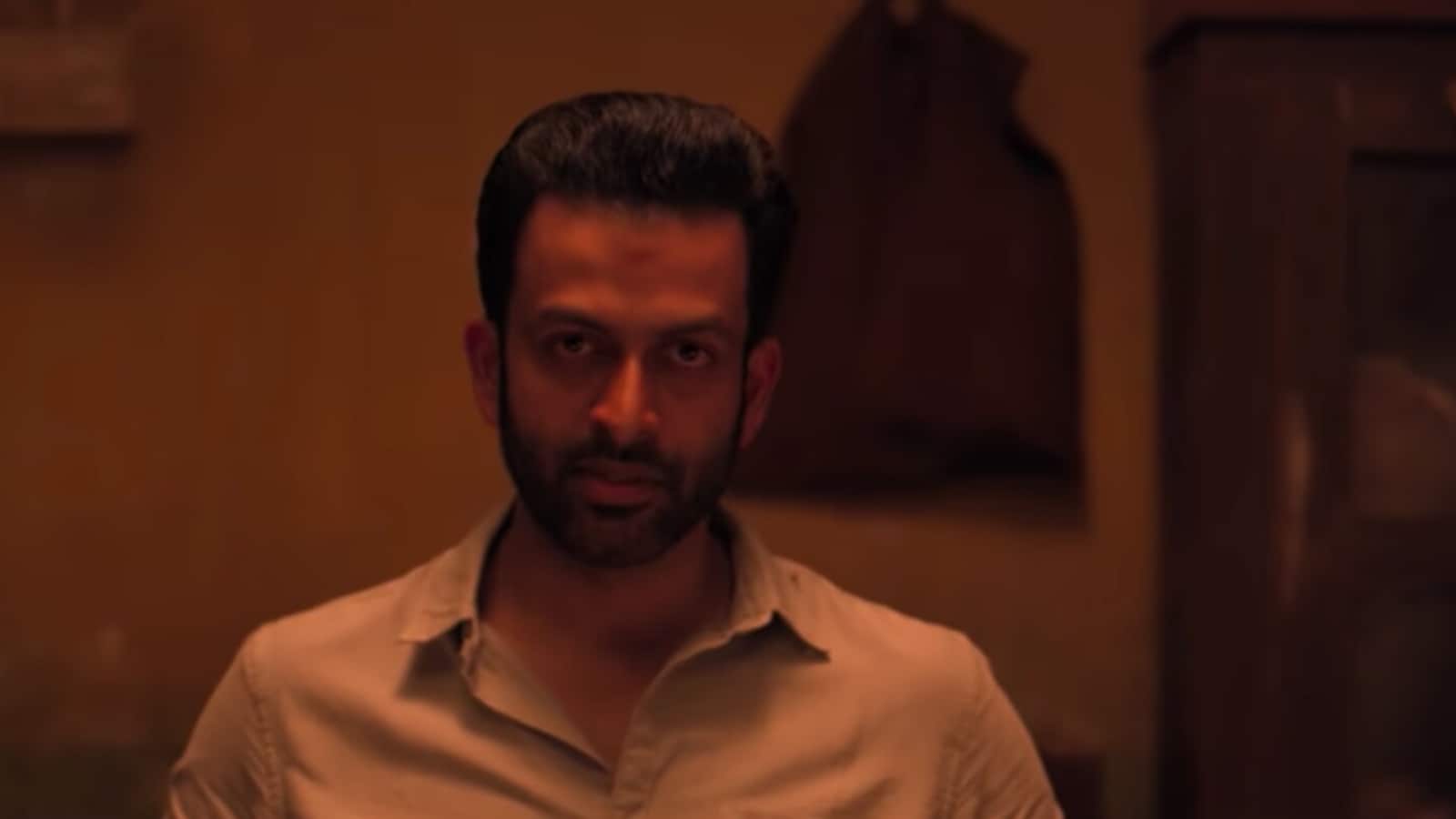 Kuruthi, the widely impressive directorial debut of Manu Warrier, is a tense socio-political thriller that explores the feelings behind community violence as it pits two families at daggers drawn over the life of a young boy. The film, with Prithviraj Sukumaran in the lead, raises pertinent questions, without taking sides, about religious faith and hatred. As much as it is a simple film about community violence, it is also a gripping and overwhelming thriller in which the directing amplifies the tension.

When a young Hindu boy is taken into custody for the accidental death of a Muslim during a communal clash, he becomes the target of men who swear to kill him. These men will stop at nothing, even if it means going through the police to get to the boy. But the boy is handed over to a Muslim family and they are made to swear to protect him. How far will they go to keep their promise?

Kuruthi boldly discusses blind faith and the hatred it engenders. Without wrapping things up, he explores the feelings and rage that drive men to commit violent crimes on behalf of their community. It’s brave of Prithviraj to support this project as a producer as well as playing a character who stinks of hatred for the other.

The film takes its time to get going, but once the tension builds, it’s captivating until the last minute. Through the character of an old man, in whose house the Hindu boy takes refuge, the film observes community hatred and how it has driven men to commit crimes for generations. There is a lovely scene where he discusses “Us” and “Them” and how hatred for each other has driven people to murder, even when they don’t know where their next meal will come from. .

After the disappointing Cold Case, Kuruthi is a solid film for Prithviraj both as an actor and a producer. As a hate-mongering Laiq, someone without morals, he puts on a powerful performance. At some point the action and violence becomes repetitive, but you understand the intent behind when you realize what the movie wants to convey – how dangerous the hate is. Roshan Mathew and Murali Gopy deliver impressive performances and the latter shines despite its limited screen time. The choreography and action cinematography play a crucial role in enhancing the viewing experience and kudos to the team for doing so effectively.