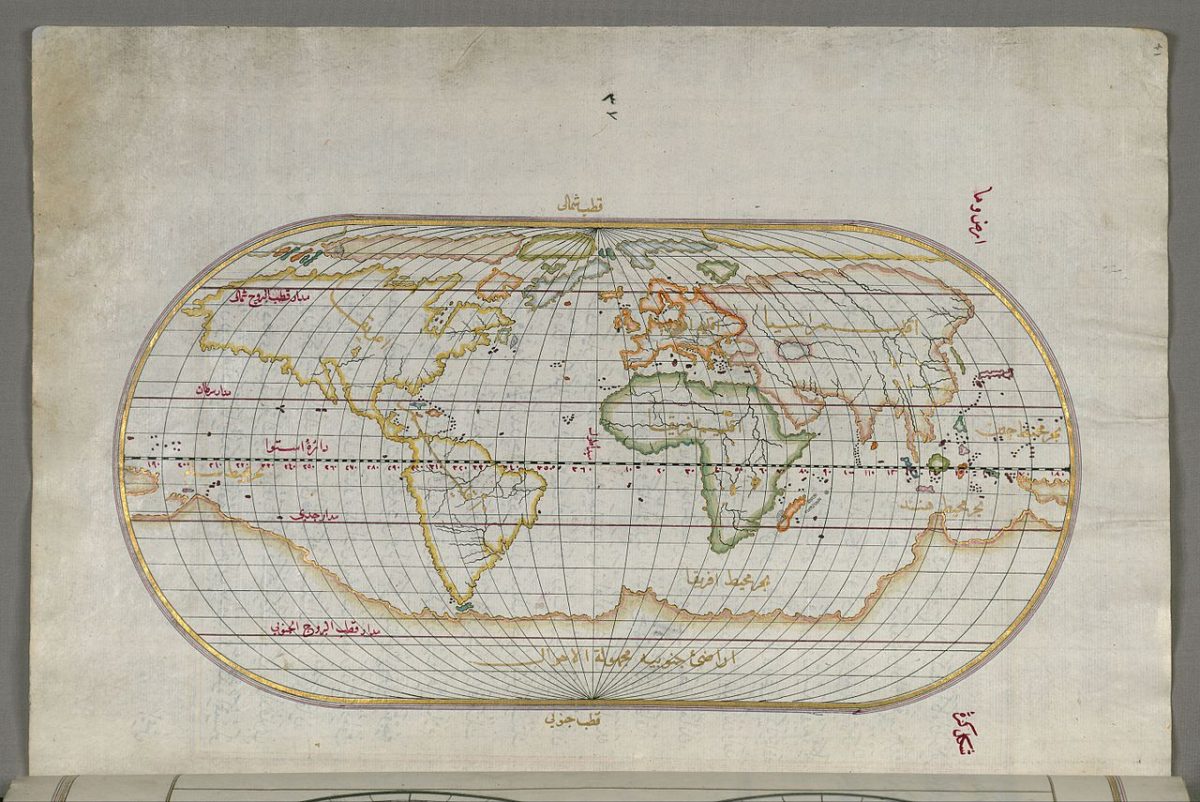 This project inaugurates a new section: Antiquities, edited by Stephanie Wong and Sarah E. Bond. The “Finding Nowhere” conversation allows both Wong and Bond to explain their vision of what the ancient world looks like beyond Greece and Rome, and why imagining a collective human future can start with learning to not seeing the past as fragmented.

Stephanie Wong (SW): I wanted to be part of Antiquities with Public books because I wanted to see the writing that I wanted to read, frankly. I feel less and less interested in belonging to a space that has traditionally not hosted writers like Vanessa Stovall, Ali Olomi and Ismael Cuevas Jr.

And I could also do without the underdoggery of it all – I would rather celebrate new structures, experimental ideas, than play “inferiority” or “lack of seriousness”. It’s so funny to me to think of this kind of work as what a lot of academics call “second book” material.

But what do you think? I would love to hear your perspective as a figure of my older academic sister.

Sarah Bond (SB): About a month after the joint annual meeting of the Society for Classical Studies (SCS) and the Archaeological Institute of America (AIA) in January 2019 in San Diego, I lost my faith. Specifically, I’ve lost faith in the existence of an area called “classics”.

The term itself is not old. In fact, it was popularized in English school systems from the 16th century, then taken in the 18th century as shorthand for the study of the ancient Greeks and Romans.

The classics, as a field, have been used as an instrument for white supremacy and an argument for Western exceptionalism. Seeing this, both before and after this 2019 reunion, I wanted to transition from the classics into the realm of history. So I changed university departments, in order to try to understand how the emerging field of “global antiquity” – in which we see the ancient world from a global perspective, without favoring Greece and Rome – could be reified.

On top of that, working with an Antiques section was important because I needed to learn how to decenter myself as a white woman and instead start creating spaces to amplify the next generation. I have long admired Stephanie’s work in Eidolon and was thrilled that we could come together to create forums for the emerging voices that were truly the future of the study of antiquity. This is why we decided to start the section together, and why we selected these three remarkable authors to inaugurate it.

SW: As astrology enthusiasts ourselves, wasn’t it fun to see how Ali Olomi’s article developed? It is clear that medieval Muslim dynasties viewed elective astrology as a valuable and highly intellectual tool for literal world-building. If you want to see something spectacular, take a look at the Baghdad foundation horoscope that Ali created for this essay. Rejoice, friends of astrology.

SB: Yes, I like the way Ali reveals the connection between the terrestrial and celestial spheres in the founding of Baghdad. And this link really testifies to my interest in the history of how we order space: to read geography as a kind of text that can help us find our identity.

During this time of uncertainty in a global pandemic, exploring such a city plan – which served to connect individuals to a higher power and which reflected a celestial order – provides insight into how urban planning can reflect systems of beliefs. The close ties between space, religion and founding a new place also spoke to me as I embarked on this new adventure that we are forming together.

How do the founding acts reflect our ideals? How to create a framework for the future? As we move forward in Antiquities, how can our beginnings reflect where we hope to be?

SW: Ish Cuevas’ essay seems particularly close to me, both emotionally and geographically. As this project nears the final stages of publication, I am currently preparing to move out of my apartment down the street itself (la diez y ocho in Chicago’s Pilsen) that Ish talks about in the heart of Mexico City, where my thesis research is based. At the moment, I even do my shopping at the supermarket in Plaza Tenochtitlan!

For me, Ish’s piece reflects the tangled interweavings of diaspora, nationalism and neocolonialism in a single, singular space. For anyone interested in the connections between urban planning and immigrant communities, this one’s for you. And for Chicagoans, we’re big fans of the Midwest here.

Western civilization, and by extension the classics, is not an actual place or culture – and never has been.

SB: Going from Ali’s piece to Ish’s, I was interested to see how individuals in a community could work to remake identity in a space, and importantly, Ish also highlights the power of action community. It was Cortes and European geographers who controlled the Tenochtitlan account when the first map of the site was published in 1524, although the map may have indigenous origins. An important copy of this map is kept at the Newberry Library in Chicago (see Analú María López’s Remarks read more) and reveals how material culture and space can connect us to the past, but can also encapsulate the pain of colonialism. As Ish reflected on the 500th anniversary in 2021 of the fall of Tenochtitlan to Spanish forces, I was moved by his detailed history of the square and its significance to Chicago’s Mexican community.

SW: Reading Vanessa’s article made me wonder why we don’t think about mythology in a material way. Any classical philologist can tell you that the word “text” is derived from text (to weave). Any weaver can tell you that fiber arts relies on the tactile nature of the medium, reacting to the text(ure) of the piece. Vanessa places Sappho, Gilles Deleuze and Saidiya Hartman in conversation with each other, uniting the trio under a black feminist analytical umbrella. Shit, I wish I read Sappho like that for the first time.

SB: Moving from the outer space of the city and place to the inner space that structures our thinking, Vanessa strips away many of the traditional constructs of myth that many of us consciously or unconsciously hold in our minds. Her close readings of authors from Sappho to Saidiya Hartman have helped me rethink the power of fragments and myth more generally.

I had to put the article down when Vanessa notes, “Everything is fabricated, so what precisely is the fabric of our reality?” I’ve pondered making classics for so long, and Vanessa provides some essential methods for stripping down and then rebuilding our domain.

SW: Both of our formations are in the classics, although I have the impression that we felt at best critical and at worst disgusted by the events we observed and experienced in the discipline. But, to think more broadly, what about the study of antiquities? And, a question I contemplate on an almost daily basis: What’s the point?

SB: You and I have often wondered why people can conceptualize a collective future as one with a unified humanity but cannot view the past in the same way.

Ideas of cultural hierarchies have long privileged Greece and Rome as the progenitors of a “Western civilization”. But, as many argue, Western Civilization, and by extension the Classics, is not an actual place or culture – and never has been.

Knowing this is both liberating and terrifying for some. But with the traditional and imposed boundaries of antiquity erased, perhaps we can now embrace the nowhere as a way to welcome anyone who studies the ancient world. Without borders, there can be no margin.

SW: As someone who cares about words and how to use them, I always find it difficult to define “antiques”. What counts as antique or not? We are historians, who attach great importance to periodization; we are classical apostates, who traditionally care very much about an ultra-limited geography and time period. My beloved graduate friend, Taaja El-Shabazz, puts it best: it’s our job to pluralize and diversify the meaning of catch-all words. In this role, I feel much less like an editor and more like a student.