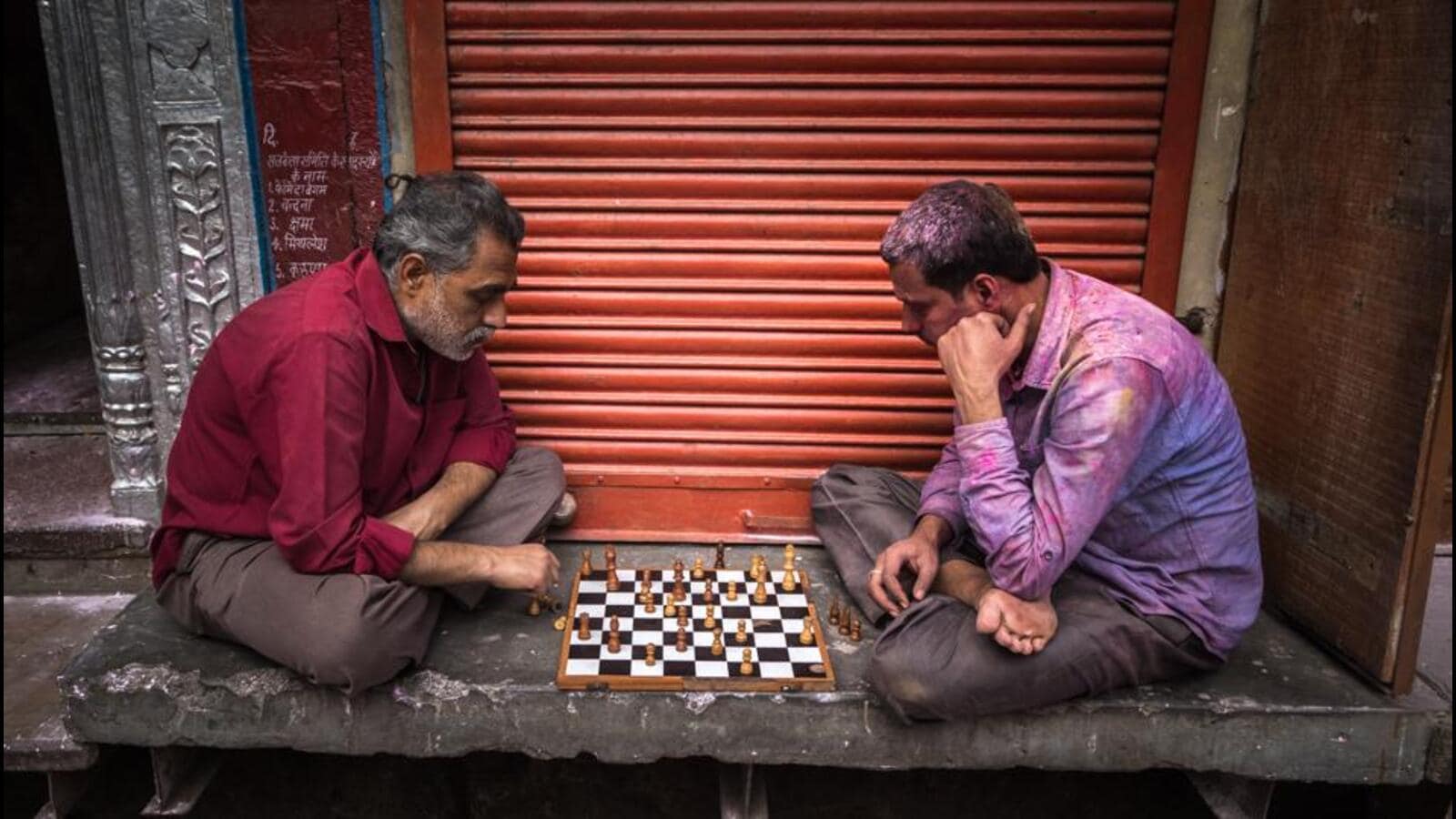 Essay: Fun Facts About Board Games in Ancient India

As International Tabletop Day approaches, we can expect the thriving board game communities of our metropolises to celebrate their interest in a pastime that combines skill, luck, and pure fun. They may be surprised to learn that thousands of years ago their ancestors were just as passionate about board games. There is a plethora of archaeological and literary evidence about our gaming heritage.

Archaeological finds from Bhirrana, an Indus-Saraswati site in Haryana, include terracotta players, dated to around 6000 BCE, according to a 2005 paper by archaeologist LS Rao and colleagues. This was around the time when the people of Bhirrana moved from living underground (in underground pits) to building dwellings above ground. It seems like board games provided the perfect distraction during the rare leisure moments they could seize while making this momentous transition! Excavations at Lothal (dated to the Harappan era, around the third millennium BC) have yielded a rich body of finds, including over 75 game pieces, a number of brick game boards and earthenware marked with different patterns and dice of various shapes with clear markings. Game pieces included animal-like characters, such as horses, as well as cones, castles, and pellets. The responsible archaeologist, SR Rao, concluded that the evidence strongly suggested that some of these players were used to play chaturanga, the earliest version of chess. He showed what the pieces would look like if they were laid out on a modern chessboard. Chaturanga, according to modern chess historians, was designed as a war simulation game. Different pieces had different powers and roles – hence one had knights (horses or cavalry), pawns (infantry), bishops (which we called ratha or chariots), and castles (which we called Gaja or elephants). The whole objective of the game was to protect one piece, the king. These two characteristics of chess have survived through the ages and through all of its many international variants.

The rest of the game-related evidence on the site suggests that a variety of other board games were also played. One board had a series of concentric squares, while another had 16 houses arranged in a rectangle. Dice, made of bone, ivory, or terracotta, have been found in abundance at Lothal, as well as other Harappan-era sites, suggesting a penchant for gambling. Archaeological evidence from a later period, the Painted Greyware culture (1100-800 BC), has revealed game boards for pachisi and the closely related Chauperas well as players of various colors and dice (these excavations were conducted by BB Lal). pachisi is the forerunner of modern ludo, having spawned a number of variants in Syria, Spain, Morocco and Colombia during its westernization.

A number of reliefs across India, including some in the Ellora Caves, depict Shiva and Parvati playing dice games. These were extensively researched by Micaela Soar, who concluded that the game in question was backgammon (checkers) – an example of a game which, although popular in ancient India, seems to have died out altogether before the end from the first millennium BC, only to be reintroduced several centuries later by the Persians, who brought it to the Deccan. Parvati wins at almost all of these games, while Shiva sometimes manages to win by cheating, each of these victories causing Parvati to raise her hands in amazement. This can be seen in the reliefs, as well as in literature beginning with the Skanda Puranawhich mentions their playing in detail, as well as in later Sanskrit literature such as the Haravijaya.

This brings us to the rich literary references to board games in ancient Indian literature. The oldest reference of this type dates back to Rig Veda, which contains the famous “Gamester’s Lament” (RV 10.34). He vividly describes how the rattle of the brown dice (brown because they were made of vibhitaka nuts) thrown on a plank called to the poet, who rushed to the gambling house like a girl running to meet a lover. Another very old reference is found in the mahabharatawhere the whole plot centers on the disastrous board game between the Pandavas and the Kauravas (this game is believed to have been pachisi Where Chauper).

Fascinatingly, the next piece of evidence on Indian board games is a list of games prepared by the Buddha in the 6th century BC. Brahmajala sutta (the list is reproduced in about 10 other ancient Buddhist texts). Buddha mentioned that he would not play any of the games on the list because they were so addictive that they caused people to neglect their duties. The first type of game he mentions are games played on an 8 by 8 square board (ashtapada), as chess was and still is. Then he mentions akasam ashtapadam or “sky chess” where the same game is played using an imaginary board (“drawn in the sky”). The American Chess Bulletin (in 1916) identified this as the earliest known example of a blindfold chess variant in an article titled Imagine planks in the air. Another ancient reference to the 8 by 8 square chart comes from the grammarian Patanjali Mahabhashya (there is some disagreement on the date of Patanjali, but the range is between the sixth and second centuries BC). Later, the Sanskrit prose novels (the Harshacharita of Bana, and the Vasavadatta of Subandhu – both written in the 7th century AD) mention Chaturanga and the fact that it was played on 8 by 8 boards; the Vasavadatta mentions green and yellow chess pieces.

Interestingly, Persian and Arabic accounts, including some of the earliest chess experts, attest to the Indian origin of chess and tell how it came to Persia. The Chatrang Namakwritten in Pahlavi (Middle Persian) around 800 AD, describes how chaturanga was brought from India and presented to the Persian King Khusru 1 (or Nushirwan) who reigned from 531 to 578. The Indian ambassadors who brought the game issued a challenge that if the Persians could not understand the game in time limited, they would have to start paying homage to the Indians. Fortunately for the Persians, a wise courtier was able to figure out in two days how the chess pieces should be arranged on the chessboard. As chaturanga became chatrang in Persian and shatranj in Arabic, Arab chess historians such as al-Masudi (c.950) documented the same episode of Indian chess coming to the court of King Nushirwan (along with a copy of the Panchatantra). An ancient Arab chess expert, Al-adli, said, writing around 840: “It is universally recognized that three things were produced in India, in which no one else foresaw, and the like of which existed nowhere else: the book Kalila-wa-Dimna (Panchatantra), the nine numbers with which you can count to infinity (numbers), and chess.

While chess then spread from the Arabs to Spain and the rest of the Western world, it appears to have followed an entirely different route from India in the east, entering China, Korea and Japan via monks itinerant Buddhists, scholars and merchants on the Silk. Road (giving rise to xiangqui, janggi and shogi in these three countries). It also crossed over to Southeast Asia where it spawned variants like Thai makruk and Cambodian ok chatrang.

Snakes and Ladders, commonly considered an all-Western board game, has its origins in the ancient Jain game Mokshapatam and the closely related Hindu Gyan Chauper. Jain monks designed the game so that the ultimate goal was to reach the gate of salvation (moksha); ladders would start from squares marked with “virtues” like humility, generosity and compassion, while serpents would hide on squares with vices. The game infused a bit of fun into religious and philosophical ideas, and was quickly adapted by other religions. During colonial times, it was imported to the United Kingdom (Christian virtues and vices replacing Jain, Hindu or Sufi ones). Eventually the religious themes were dropped and the base game became popular in the UK and the US.

The popularity of board games has spanned the ages and crossed geographic and class divides. The Classic Premchand Story Shatranj Ke Khiladi (The Chess Players), later made into a spectacular film by Satyajit Ray, depicts how rich and poor alike were completely immersed in chess. Hopefully these board games and newly developed board games will continue to entertain our descendants for many generations to come.

Brishti Guha holds a Ph.D. in Economics from Princeton and is currently an Associate Professor at the School of International Studies, JNU.