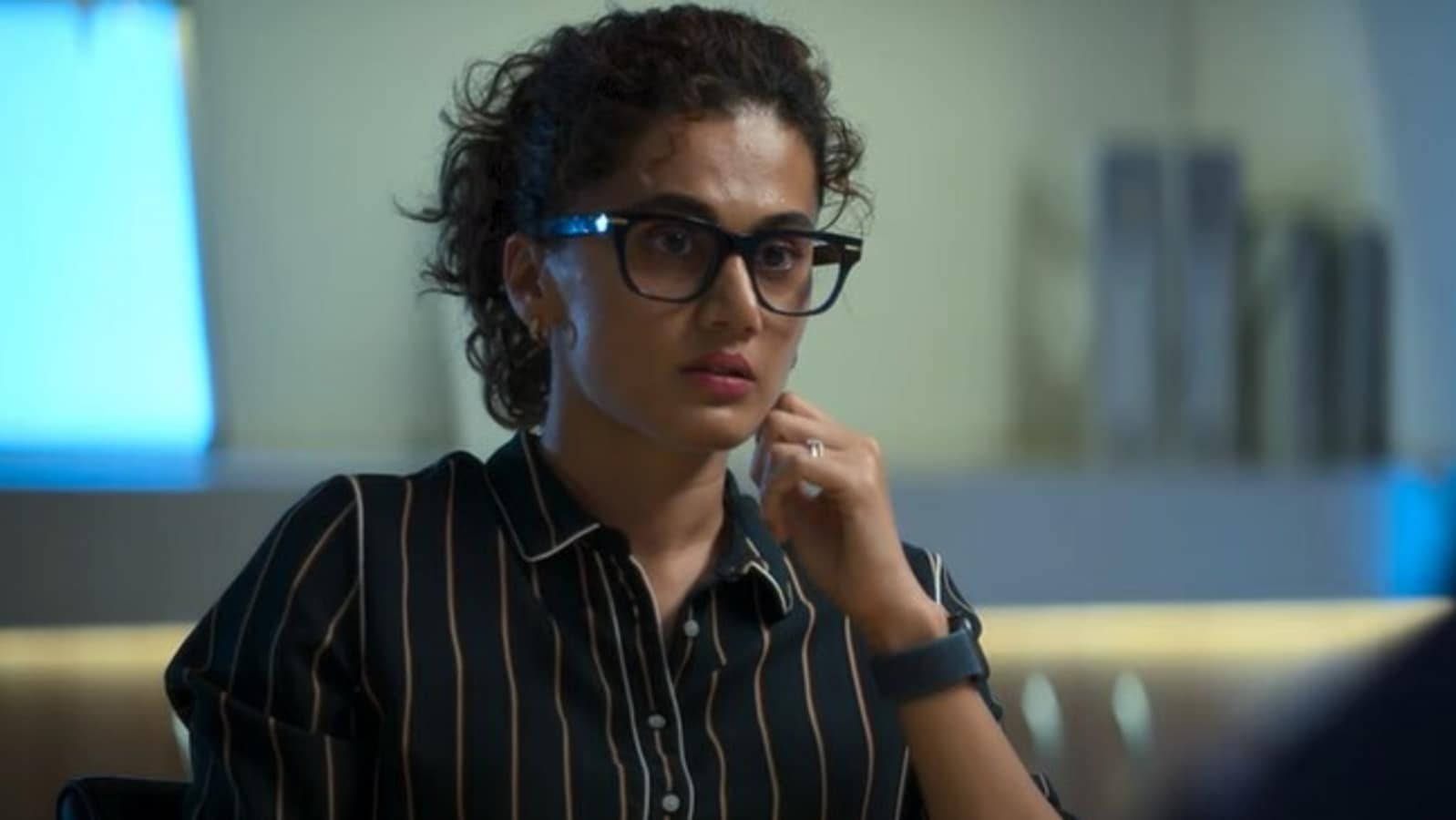 We will soon see Taapsee Pannu in Dobaaraa directed by Anurag Kashyap, written by Nihit Bhave and produced by Ekta Kapoor. The trailer for the upcoming thriller dropped on Wednesday and shows Taapsee tackling a 26-year-old unsolved mystery. The thriller also stars Rahul Bhat and Pavail Gulati and will be released on August 19. Read more: In the Ek Villain Returns trailer, Arjun Kapoor and John Abraham get in on the action

Dobaaraa revolves around a woman who tries to save the life of a boy indirectly involved in a murder that occurred two decades ago. The way the woman and the boy connect through an extravagant television is the heart of the film.

The Dobaaraa trailer shows Taapsee, her husband, and their daughter moving into a new home. Soon the family learns that in the house next to theirs, a young boy was killed 26 years ago, during a thunderstorm. Next, the Taapsee character is seen communicating with this same young boy. While the trailer reveals Dobaaraa recounting how during a thunderstorm Taapsee’s character changes the past and it changes his present as well, it also teases some exciting time travel theories.

Dobaaraa is the Hindi adaptation of the Spanish thriller Mirage, released in 2018. The project marks the reunion of Anurag Kashyap and Taapsee after Manmarziyaan. The film also stars Saswata Chatterjee, among others, in a pivotal role. Dobaaraa will premiere at the Indian Film Festival in Melbourne on August 12, ahead of its Indian release.

Taapsee was recently seen at Shabaash Mithu. The sports biopic was directed by Srijit Mukherji and produced by Viacom18 Studios. The film is based on the life of former India Women’s National Cricket Team Test and ODI Captain Mithali Raj and stars Taapsee in the lead role. The film did not do well at the box office. Taapsee’s upcoming projects include Raj Kumar Hirani’s upcoming film, Dunki, starring Shah Rukh, among others.