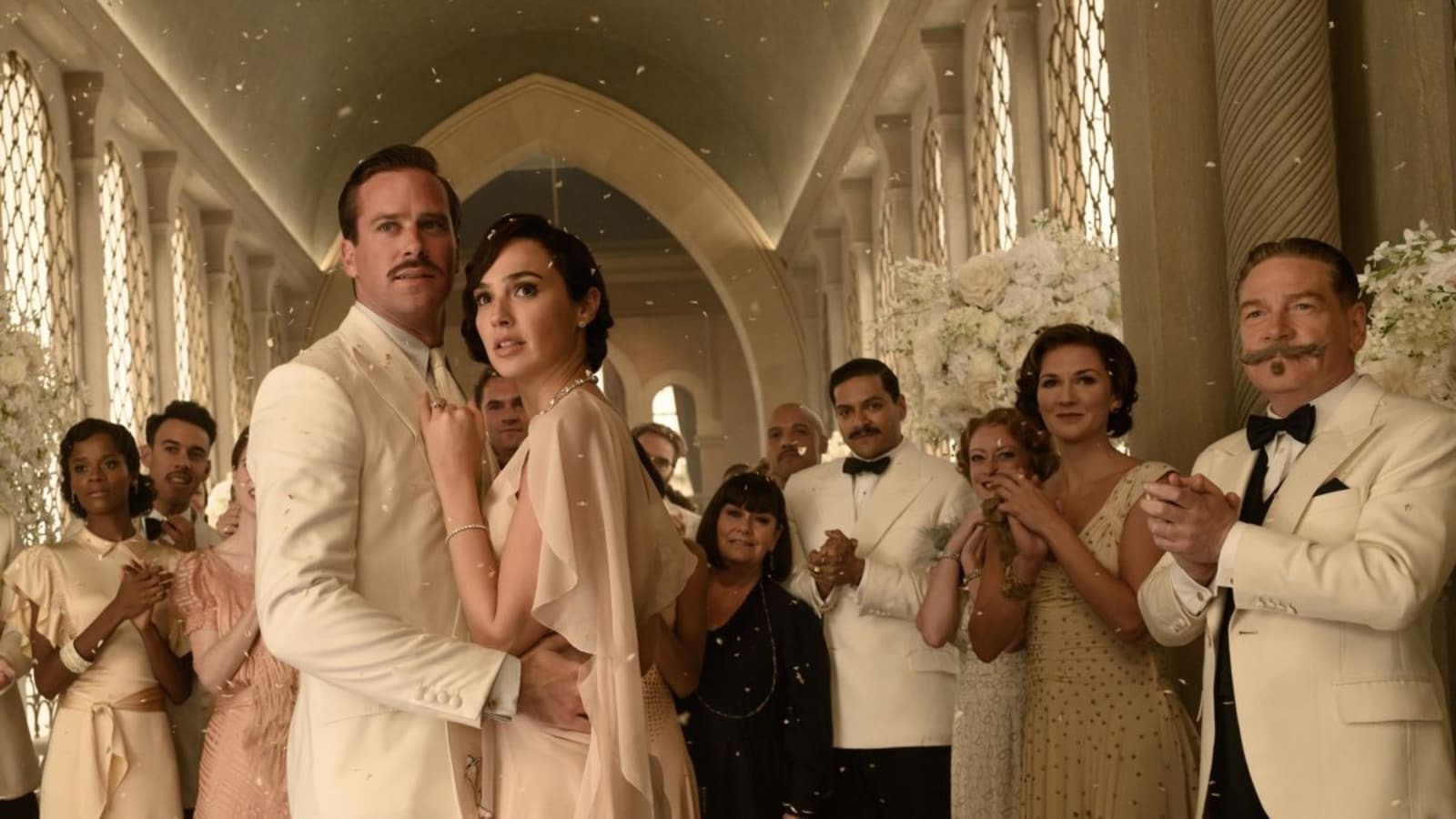 Death on the Nile Movie Review: Kenneth Branagh’s Brilliant But Predictable Affair Is Unfit for a Post-Knives Out World | Hollywood

Kenneth Branagh has rounded up another batch of movie stars, booked another luxurious mode of travel, and put on his extravagant mustache for his second Agatha Christie thriller, Death on the Nile. Finally finding a release date almost two years later than expected, it feels a bit stale upon arrival and it can’t all be blamed on a pandemic.

Death on the Nile is one of Christie’s most famous murder mysteries, solved by her famous Belgian detective, Hercule Poirot. While the murder plot and the mystery it invokes are much the same, director Branagh decided to really step up the gas on what he started with his first film in the franchise, Murder on the Orient Express. – making Poirot more human. While there were hints of a warm heart within him in Part 1, here we witness the tragic way he was torn apart a long, long time ago.

The film begins in the Belgian trenches, during the First World War. It shows Poirot’s origin story in black and white – perhaps a newfound love for Branagh, shown most ardently in his Oscar-nominated Belfast. He also shows the deep scars that still haunt him and make this version of the detective far more sensitive and touching in moments of pain than any previous version. Now his eyes glisten with tears as he hears the grief of others, his voice cracks as he revisits memories of an old love, and shame veils his face as he is told things that are still a little too foreign for even him. can perceive them. On all of these counts, Branagh deserves a full score. However, the tears dry up after a while and unfortunately his Poirot just doesn’t have enough wit or style to keep this boat afloat.

The rest of the cast tries to delay the sinking as much as they can. Kicking off the film is a plot worthy of a ’90s telenovella. Gal Gadot plays an heiress who steals her friend’s (Emma Mackey) fiancé (Armie Hammer), just weeks after he was introduced to her. After some very sexual and frankly a little uncomfortable dance scenes, we are transported to Egypt, to witness the heiress and the stolen fiancé on their honeymoon cruise on the Nile. The newlyweds are joined by a large wedding party including a communist godmother, her nurse, an overworked attendant, a seedy cousin, a former suitor, onboard entertainment, the charming niece of onboard entertainment, a son and her difficult to -please mother, and a famous detective. But the party is interrupted when the wronged friend arrives unannounced, on a mission to follow the bride and groom wherever they go, like the ghosts of past girlfriends. The heiress asks for Poirot’s help, anticipating a murder. Fortunately for us (but not so much for this party member), there is indeed a murder.

Gal is well cast as the enigmatic heiress who can sometimes be a little blind to her own privilege. It can be grandiose, condescending, and sometimes so over the top that you can’t help but roll your eyes. Someone aptly describes her as easy to love and hate. Gal understood this very well. Armie, as good as he was at spinning on the dance floor or being cruel to an ex, his screen time seemed extremely limited. It is unclear to what extent he has been affected by his recent controversies.

But the star of the show was most definitely Emma Mackey. A personal favorite from her early days as a high school student with Netflix’s Sex Education, Emma grows into more or less a tragic woman desperate for love and revenge, in the blink of an eye. She is equally compelling in both roles. She never seems like a novice, even when she shares intense and emotional scenes with Branagh himself. The rest of the cast, with the exception of Sophie Okonedo as the fierce and seductive jazz star, doesn’t have much to play for. No, not even Bollywood is exporting Ali Fazal as the aforementioned seedy cousin.

The dialogues and writing are also where Death on the Nile is most lacking. There’s none of that snazzy humor that made you love the characters until one decided to stab another. You hear people discussing mundane things like kites, champagne or luggage and none of it was fun to sit down. Threats are made and received, fights break out, confessions are made, tedious interrogations are carried out without a single spark that could ignite a fire of interest within you. While the love drama generated enough tension to spin the helixes early on, the post-murder act is just too boring to bother with.

It may also be the effect of living in a post-Knives Out world. Rian Johnson’s brilliant 2019 film stayed so true to the world of Christie-Doyle, playing by all its rules and yet bringing such a luscious new flavor and style, well-written characters and another quirky detective at its helm. It showed how you can play by the formula while subverting all the expectations of a genre that we’ve built over the years. Unfortunately, in Death on the Nile, it’s only the hairstyles and outfits that seem to have changed for 21st century tastes. Despite some cursory mentions of race and LGBTQ+ love, there’s little explanation why the film needed to be made.

Read also : Knives Out movie review: Daniel Craig, Chris Evans give us a whodunit Agatha Christie would be proud of

The movies also look a little underwhelming despite all the grandeur. In Murder on the Orient Express, there were gorgeous views of the snow-capped mountains and the black steam engine rushing through them. Here, the locations – pyramids, the Sphynx – all look CGI, the Nile sunsets overly synthetic and manufactured. The music is even more time-appropriate, heavily filled with blues and jazz and a punchy score by Patrick Doyle.

Death on the Nile could have been our movie comeback in theaters after the third wave, but sadly, I don’t think it’s going to be worth it. Fans of Guddu bhaiya, I nevertheless wish you good luck.

Death on the Nile

10 books to read aloud with your Boo (or Bestie)