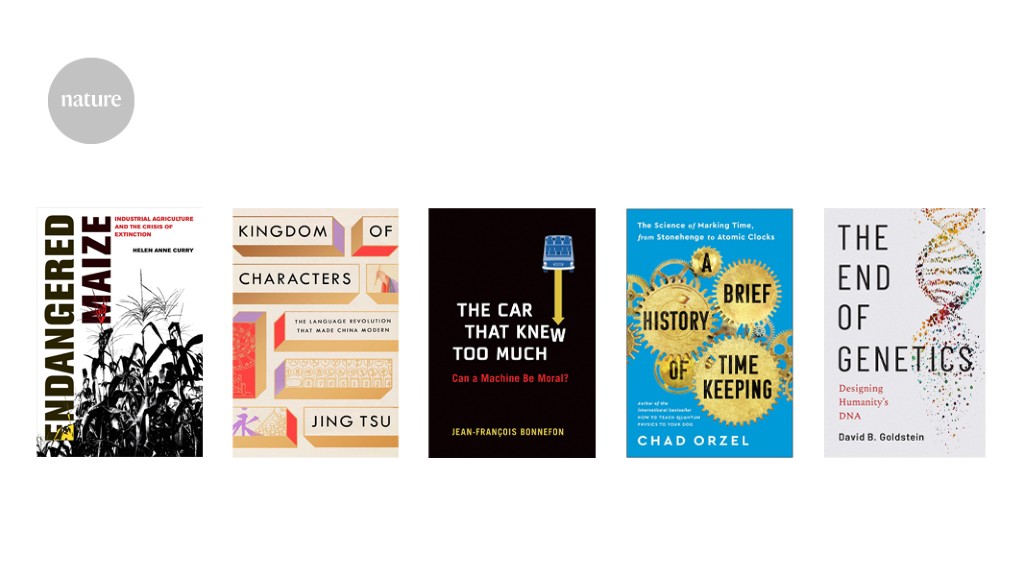 But but; Zea mayslisten)) originated in Mexico 6,000–10,000 years ago, when the grass teosinte was domesticated. At the time of Christopher Columbus, it had over 200 subpopulations. Today, the annual global production of this crop exceeds one billion tons, providing 20% ​​of human caloric intake. But corn diversity is threatened by many factors, as science historian Helen Curry expertly discusses with scholars. She sees hope in the Glass Gem strain, inspired by Native American cultivation techniques.

A Brief History of Timing

“Timekeeping has always been as much about the future as it is about the past,” writes physicist Chad Orzel — whether it was ancient societies tracking when to plant crops, medieval astrologers predicting with the stars, or modern astronomers predicting the celestial transits. It also requires the search for a regular and countable tick, like the transition between the hyperfine levels of the ground state of the cesium 133 atom, now used to define the second. Full of history, physics and physicists, this varied book curiously omits Stephen Hawking’s 1988 A brief history of time.

Chinese characters have always united China but isolated it from much of the rest of the world, due to their complexity. Yet, notes American sinologist Jing Tsu, “Every technology that has ever confronted Chinese writing, or challenged it, has also had to bow to it.” His stimulating book deals with the typewriter, the telegraph, the librarian’s catalog and the computer. Human stories include that of physicist Zhi Bingyi, who invented a way to type characters into computers while imprisoned in a “stable” during the Cultural Revolution.

The end of genetics

Geneticist David Goldstein believes advances in human genome sequencing and editing signal the end of current genetics. But “our technological capacity to design our children’s genomes” – possible in 10 to 30 years, he estimates in this intriguing and disturbing book – “should far exceed our knowledge of the consequences”. His informal survey of geneticists revealed little agreement, even in broad outlines, on what a common human variant, created by removing rare and potentially harmful variants, would look like.

The car that knew too much

Will a passenger in a self-driving car involved in an accident accept artificially programmed injury or death to save others? Such dilemmas have been explored by the Moral Machine, an online platform designed by psychologist Jean-Francois Bonnefon and others, which has collected 40 million decisions in 10 languages ​​from millions of people in 233 countries and territories (E .Awad et al. Nature 563, 59–64; 2018). The participants preferred to save “as many lives as possible, and the lives of the youngest”, notes this intriguing memoir.

The author declares no competing interests.