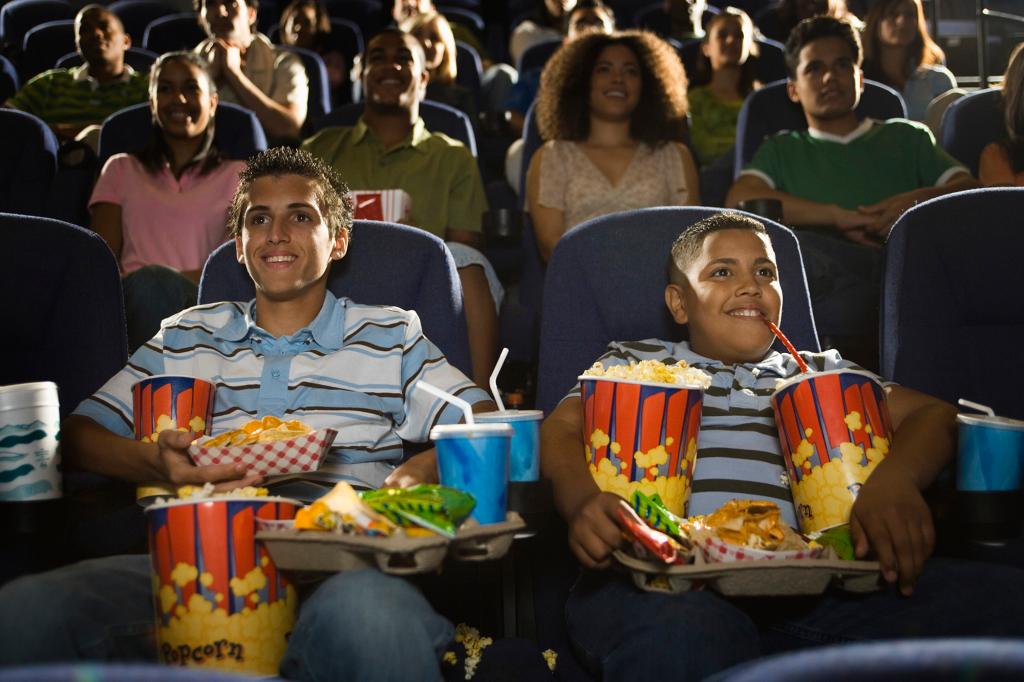 Moviegoers returning to theaters this summer after pandemic-induced lockdowns will face another potential off-screen drama — a shortage of popcorn, candy, soda and other snacks.

Inflation, a tight labor market and supply chain disruptions are negatively impacting the availability of food and drink at movie theaters, according to the Wall Street Journal.

Theater operators are also struggling to restock key concession stand items such as the bags that hold the popcorn as well as the shiny liners that keep the butter out, the Journal reported.

The supply shortage has forced cinemas to limit sales to non-paper plastic or metal containers, which also serve as advertisements for blockbuster films.

“At the end of the day, they have to have something to put popcorn on,” Neely Schiefelbein, sales manager for Goldenlink North America, told The Journal.

Some theater owners have had to buy unused cups from rival theaters that have gone out of business and then use them to serve drinks to patrons, even if the logo on the cups is that of a competitor.

With pandemic restrictions lifted, the big screen is enjoying something of a renaissance as moviegoers move away from streaming services like Netflix.

Movie theaters got a huge boost from this weekend’s premiere of box office hit “Top Gun: Maverick,” the sequel in which Tom Cruise reprises his role as Lt. Pete “Maverick” Mitchell.

Including international projections, its worldwide total is $248 million.

But this summer could present challenges for customers eager to consume the staple of snacks that make the movie-going experience enjoyable.

“The popcorn supply will be tight,” Norm Krug, CEO of Preferred Popcorn, a consortium of 150 farmers who supply grain to movie theater chains, told the Journal.

Krug said he was paying farmers more to continue growing popcorn instead of switching to other more lucrative crops like soybeans, although he feared yields would not be enough to meet demand. client.

He said the rising cost of fertilizer will rise even further thanks to market disruptions caused by the Russian invasion of Ukraine.

Since soybeans don’t require the same expensive fertilizer to grow, Krug fears farmers may have a greater financial incentive to ditch popcorn. Snack shortages could be felt later this year when the holiday movie season rolls around, he said.