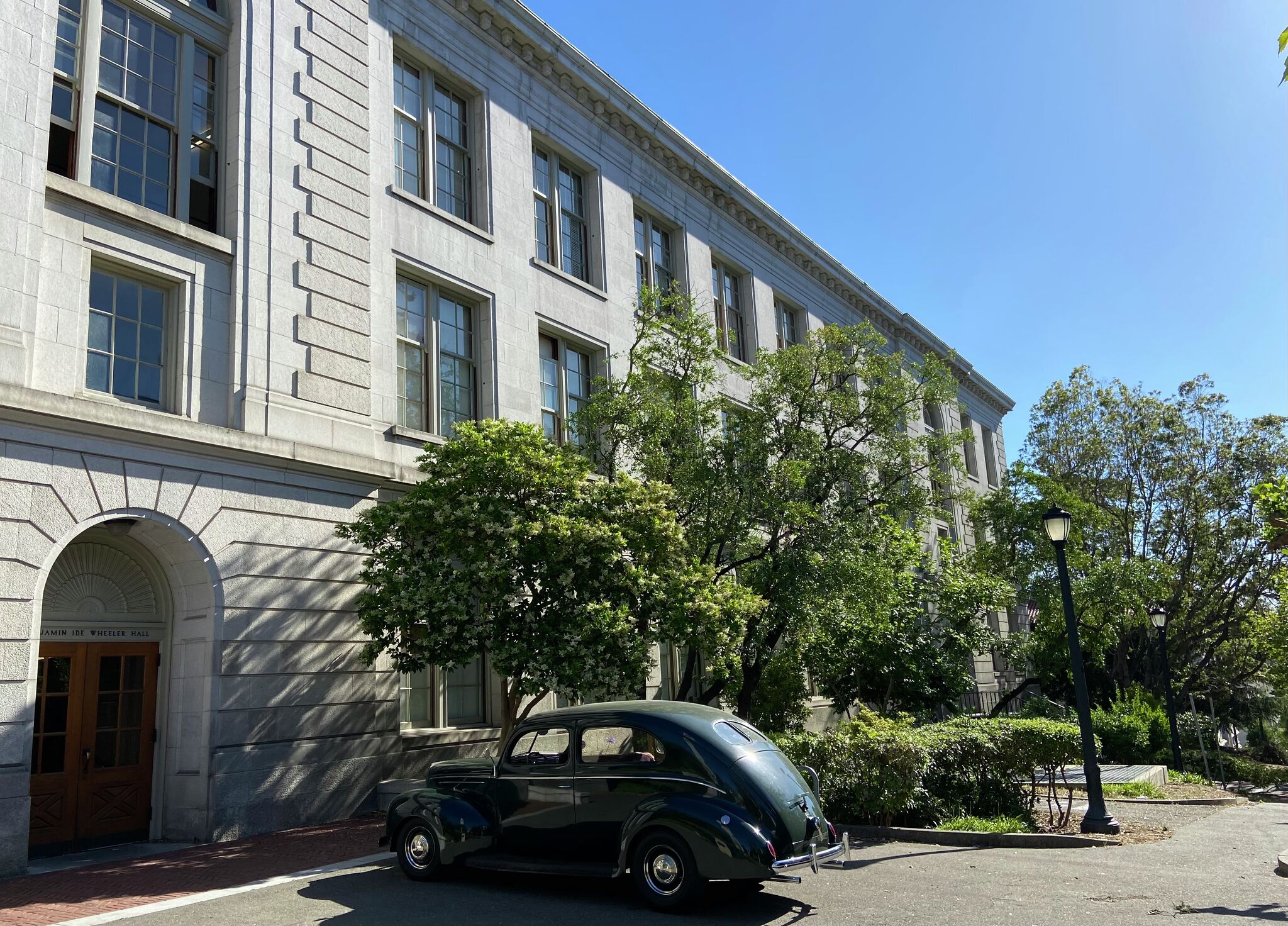 UC Berkeley was buzzing Friday afternoon as a wedding, department graduations and a massive Hollywood production unfolded simultaneously on campus.

The filming of Christopher Nolan’s film “Oppenheimer” occupied the heart of campus. The biopic, based on the Pulitzer Prize-winning “American Prometheus”, details the life of physicist Robert Oppenheimer. Oppenheimer taught at UC Berkeley from 1929 to 1943 – his office was on the third floor of LeConte Hall – before leaving for Los Alamos in New Mexico, where he helped the US government develop the atomic bomb as part of the Manhattan project.

On Friday, dozens of vehicles trucked in extras and decor, including an incredible amount of potted plants and trees to cover modern additions like bike racks and disabled parking signs. Crews also placed wooden shelters over Cal’s large immovable trash cans and recycling bins. Extras dressed in World War II costumes reclining in the shade near the Valley Life Sciences Building; the men in army uniform attracted the particular looks of passers-by.

Filming took place primarily on Campanile Way, the road leading to Campanile and Oppenheimer’s former playground at LeConte Hall. Murphy was seen shooting outside Wheeler Hall and the Main Library, which was outfitted with new lampposts for the occasion.

The filming of Christopher Nolan #Oppenheimer outside my office at UC Berkeley. Or, my window is a time machine and it shows me 1942. So it’s either the physicist Robert Oppenheimer or the actor #CillianMurphy who gets out of a car and enters the physics building. pic.twitter.com/rmZq2Oqw67

#CillianMurphy on the whole of #ChristopherNolanit is #Oppenheimer at UC Berkeley yesterday.
I hope we will have better and closer photos! 🙏🏻 ♥️ pic.twitter.com/TsD2OsJAMY

By late afternoon, filming was complete, and on Saturday morning, crews were packing up the many plants left strewn across campus.