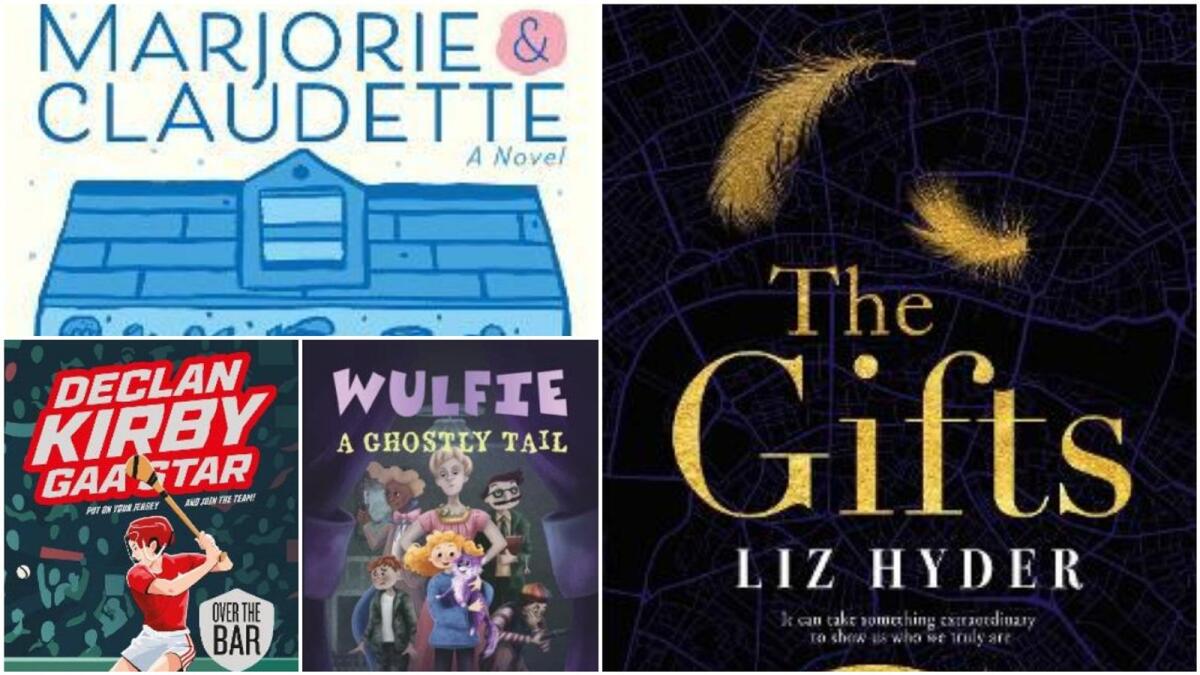 Chapter One: Books for Young Readers

Two books for young readers are featured this week, one for sports fans (although it’s a good story for all kids, including non-athletes) and one about a mythical, shape-shifting purple wolf with special powers. , who has already stolen the hearts and imaginations of children in his previous books. For adults, there’s a heartwarming story of a lifelong friendship across countries and decades, and there’s also a magical realist romance with feminist undertones, set in 19th century London.

The novel begins with Marjorie, an English and language teacher, who hopes to bring five of her students to Oxford, where she herself spent her student years. She taught at an exclusive boarding school on the beautiful island of Jersey and life was sweet, but when World War II broke out in 1939 she was transferred to the mainland and went to work for the Admiralty. She meets a charming naval officer, they fall in love, are hastily married, and their marriage is cut short when his ship is attacked at sea.

Years later, she meets Claudette, another language teacher, from Rouen and their friendship takes them to various places, from Northern Ireland to Paris. Claudette is an outgoing, a complete antidote to Marjorie’s shyness and they make a complementary pair of best friends. This novel explores their lifelong friendship and has a lot to say about what really constitutes a family. A collection of people all sharing the same DNA seems like a rather narrow definition, at least in the spirit of this novel.

It’s quite a tome, but it’s a relaxed, comforting read by the fireside on those chilly, windswept March evenings.

Liz Hyder’s previous novel, titled Bearmouth, was written for the YA Marketplace and won three major literary awards for fiction for older children, which is quite an achievement for a newbie author. The Gifts is firmly rooted in the adult market, a historical novel set in Victorian London with more than a hint of magical realism. If fantasy is your cup of tea, then Hyder’s novel is for you.

A woman falls in a Shropshire forest, half dead from the effort to rip off her huge wings. News of her amazing story spreads quickly through London’s gossip mills and more and more women seem to be falling to earth in the same way, like ‘fallen angels’. A well-known London surgeon who likes to treat his amputation operations like a macabre circus, hears about these stricken creatures and his imagination catches fire. He’s never had surgery involving wings before, could this be the absolute pinnacle of his already outstanding career?

The filth and poverty, the debauchery and drunkenness on the streets of Victorian London all come to life and even if magical realism isn’t your thing, you’ll find The Gifts to be a clever and evocative story about the plight of women. , human and ethereal beings, in a brutal and ruthless world of men.

It’s hard to believe that Wulfie, the adorable purple wolf with mystical magic powers is already on his fourth novel! And poor Libby still lives with her insufferable stepmother Veronika and mean stepbrother Rex. Her father is more distracted than ever with his new inventions and aside from Wulfie, Libby’s only refuge is her friend Nazim and his dog Zodiac, who happens to be Wulfie’s biggest fan.

Veronika decides she wants to sell the old family home and at the same time poor Wulfie gets stuck in the old plumbing in the house. The Wulfie Racket

done in the pipes convinces Veronika that the house is haunted and eager for any publicity she can get, Veronika invites a television crew to her “haunted” house. Libby must make sure this crew doesn’t discover Wulfie. Another hilarious adventure for the 8+ market from the talented Lindsay Sedgewick and the equally talented illustrator Rosa Devine.

Young Declan Kirby is approached by his new 6th grade teacher, Mr. O’Flaherty, to play hurling for school. But Declan never pitched. He’s a very talented footballer and that’s what he likes to play. But Mr. O’Flaherty is not the kind of teacher you say “no” to. Then an injury leaves Declan off the field for a while. He convinces his talented brother Daniel to take his place in the team. The problem is that Daniel, due to a childhood illness, is not allowed to participate in outdoor sports. And there is another problem; this year’s hurling and football finals are on the same day…

Elementary school teacher Michael Egan can really whip up the excitement in these excellent sports novels for the 9+ market. It makes the concepts of joint effort and teamwork extremely appealing to the young reader. And who doesn’t love a good GAA yarn? For diehard young Kirby fans, you can expect the next Declan Kirby, titled “European Dreams,” to be released on April 21. Any local bookstore will accept a pre-order.

The Museum of Literature Ireland, known as MoLI, will once again host the Edna O’Brien Young Writers Fellowship next July for young people aged 15-17. This is a very special opportunity for young talents

pens, but the closing date for submissions is very close, it’s March 14th. Full details are on the MoLI.ie website.

Photo Ireland Festival 2022 is running this summer throughout July and August and they are looking for exhibition production staff for pre-construction, installation and de-installation work. This is a busy handiwork and perfect for anyone interested in being part of such an interesting and ambitious project. Work begins offsite in May and full application details are available at photoireland.org/news.