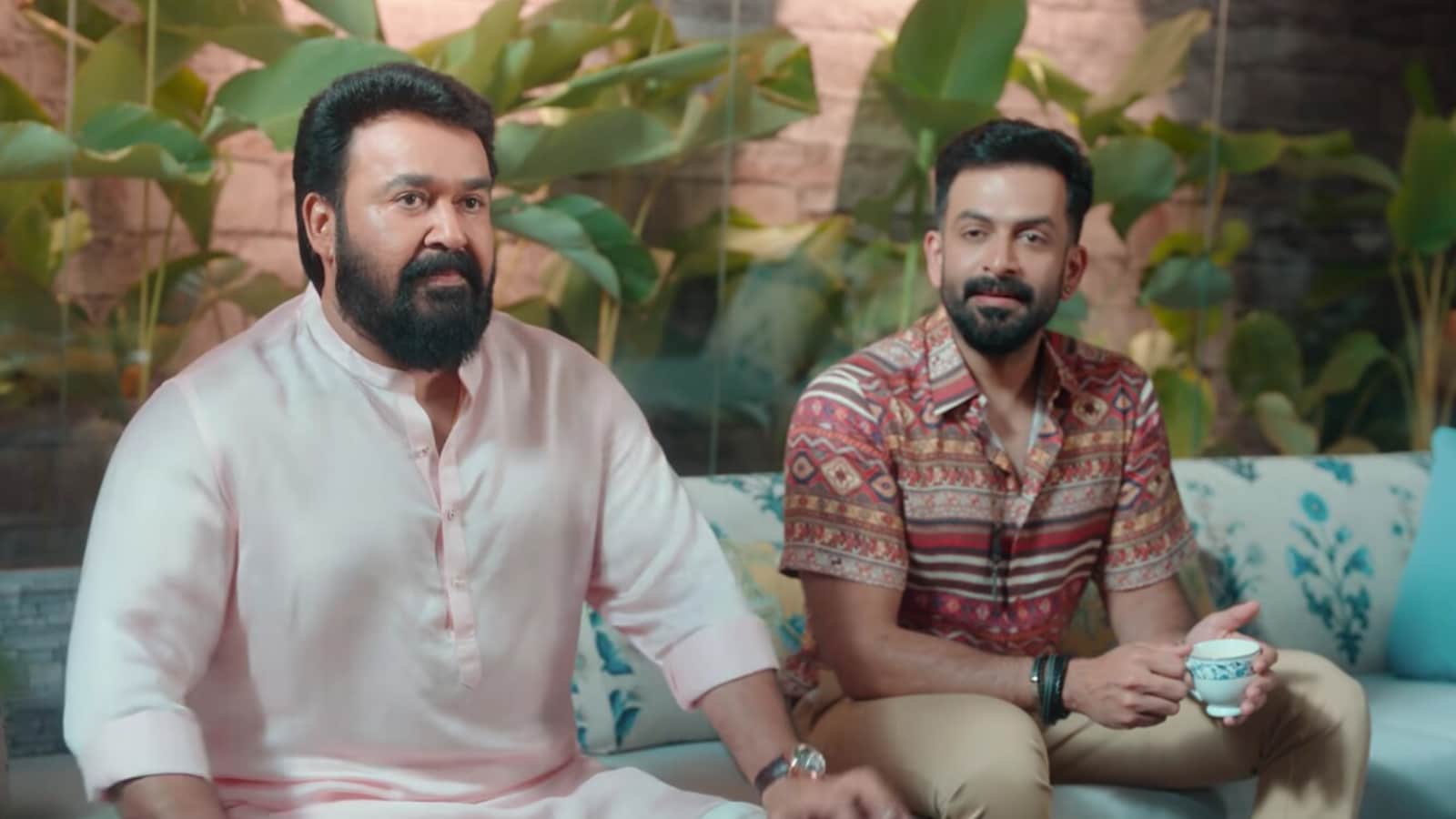 Prithviraj Sukumaran’s second directorial project, Bro Daddy, unlike his first film Lucifer, is a lighthearted, lengthy but fun performer. Cut from the same cloth as Badhaai Ho, Mohanlal’s film is a family drama about an unplanned pregnancy, and manages to tickle the funny bone while handling the subject matter with enough maturity. It is also a film that brings together two of the biggest stars of Malayalam cinema – Mohanlal (father) and Prithviraj (son) – and lets them have a lot of fun with their roles. The bromance between these two actors is what keeps the movie together through some of its most boring moments.

Mohanlal plays John Kattadi and Meena plays his wife, Annamma. Eesho (Prithviraj Sukumaran) plays their son. Eesho falls in love with Anna (Kalyani Priyadarshan) the daughter of Kurian (Lalu Alex) and Elsy Kurian (Kaniha). John and Kurian are good friends and their wives think it would be nice if they married off their children. However, they are unaware that Eesho and Anna have been living together for four years in Bangalore. Eesho and Anna have thought of telling their parents about their relationship and just as they begin to prepare to break the news, Anna becomes pregnant. At the same time, Eesho learns that his mother is also pregnant.

The highlight of Bro Daddy has to be the fact that it has one of Malayalam cinema’s biggest stars playing the father of another top star. It’s refreshing to see two popular actors come together to support a film that deals with accidental late pregnancy, a subject that is still not openly talked about in mainstream cinema. The movie works to a large extent because it treats the subject in a light-hearted way and it’s the comedic moments that help the movie stay mostly entertaining. The second half meanders to some extent and the film drags unnecessarily, making the last part slightly unbearable. Nevertheless, the performances make up for the film’s boring passages.

Mohanlal smashes his way through the film with an effortless performance. He nails those minute expressions that make his character stand out with ease. Prithviraj is as good as Mohanlal’s son and the scenes between them are some of the best moments in the film. Kalyani Priyadarshan gets a meaty role and she shines in the limited screen space she gets. Unlike Badhaai Ho, Bro Daddy’s story is set in an upper-middle-class family setup and you’d expect the subject matter to be handled with some breadth of mind, but the story still adopts a very predictable. This aspect of the film is slightly disappointing and you hope for a more gradual approach to the subject of unplanned pregnancy.