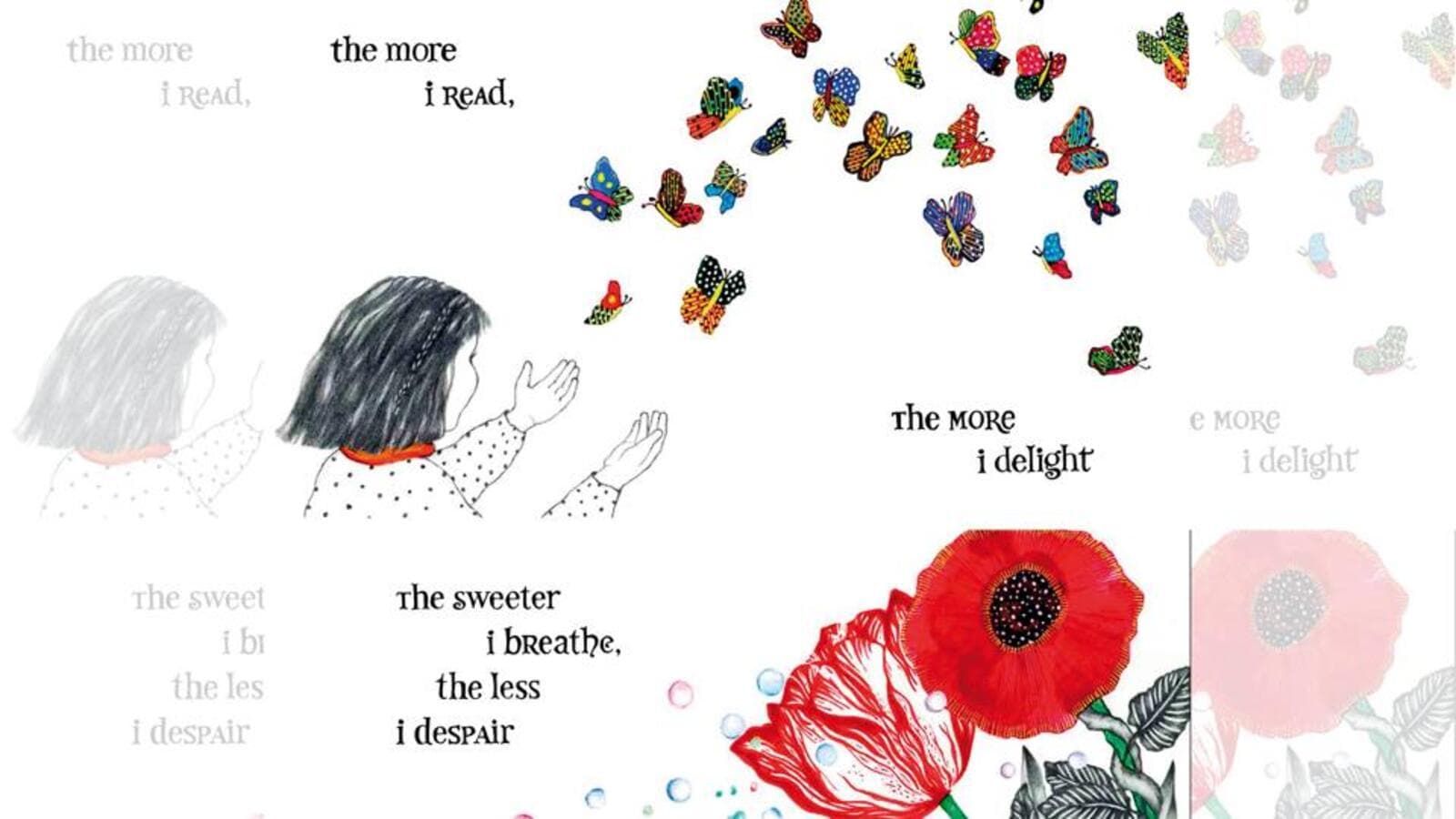 Books: what circulates comes back

Namrita Bachchan, whose surname is certainly recognizable, has always chosen to stay away from the spotlight, choosing instead to focus on herself, her family and honing her many talents. A self-proclaimed “very happy introvert”, she always enjoyed being left alone to use her own hands to create something.

Having been raised abroad, the boundaries of her language, words and art have all expanded. “But,” she adds, “my growth also happened in the days just before the internet, so physical placement played a much bigger role.”

Namrita’s soft tone and measured words belie her accomplishments. The Rhode Island School of Design alumnus, as well as Parsons School of Design has worked as a photographer, exhibited as a painter, written for various publications, knits and weaves in her spare time, and perhaps most importantly, some would say she is raising her daughter, Noah, now five years old.

Seeing her daughter’s mind open and grow fascinated Namrita, who used it as inspiration for her poem, A full circle, published as a children’s book. This is her third book – the first was a self-published book of poetry, the second an illustrated version of her grandfather’s (Harivansh Rai Bachchan) poem Madhushala – but it just so happens is his first children’s book.

A full circle shakes up what you expect from a children’s book, very seamlessly weaving poetry, painting and design to create something unusual, something you won’t usually find on the shelf in the children’s section. As Namrita says, “I don’t think I worked on writing a ‘children’s book’; I just wrote a book. It is in fact a reflection of my training, my passions, my concerns and my personal journey so far.

So, was she looking to shake up the whole genre and make room for more atypical children’s books? “Honestly, I’m not looking so much to change anything as to make room on the shelf for something less easy to label,” she muses. “East A full circle a children’s book, a poetry book, an artist’s book, a gift book, a picture book, a storybook, an illustrated book? On the object side, it took the form of a book, but I like that its classification remains ambiguous.

The name of the book itself testifies to this ambiguity. “The cyclical structure of the poem, both in form and content, meant it really couldn’t be titled anything else!” confirms Namrita.

To buckle the buckle

Namrita has a diary from when she was five, full of short poems and longer sketches, which reminds her that she was certainly fluent in writing at that age. Since Noah is the same age, does she see herself in her daughter a lot? “Like most mothers and daughters, I imagine, we are both very alike and very different! It’s a dynamic relationship in that it grows and blossoms so quickly that a perfectly compatible day can be followed by another hair-raising one,” comes the response.

Now that Noah has started school, will we see more Namrita books? The answer is as encouraging as it is intimidating. “I’m conceptualizing a prose photo book, getting back into oil painting, and starting a master’s degree in art history,” she says.