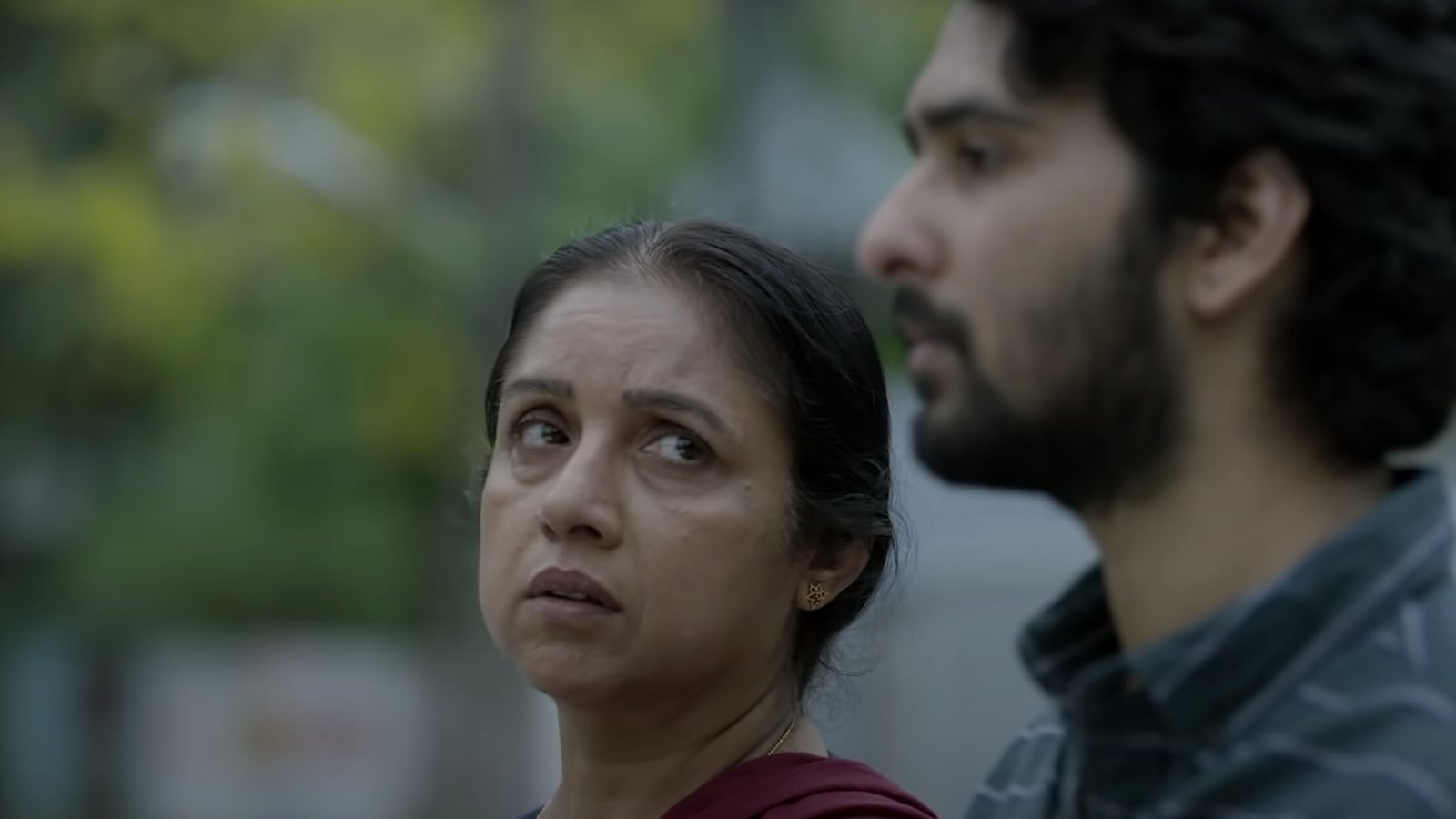 Kumbalangi Nights actor Shane Nigam’s first outing in two years, Bhoothakaalam, is an excellent film made from incomplete ideas. Its outer shell is that of a haunted house horror movie. But his real concern is mental illness. Consider Jennifer Kent’s 2014 Australian horror film The Babadook, in which the widowed protagonist and her son’s poor mental health manifest as the eponymous monster.

But The Babadook was a slightly different film. There, the supernatural horror aspects of the film were inextricably linked to the film’s themes of dealing with trauma and grief. One facet did not work without the other.

In Bhoothakaalam, the horror angle and the mental illness angle just don’t mesh well. One aspect of the film is stronger than the other, which makes the incompatibility between the genre and the concerns of the film glaring. Bhoothakaalam, released on SonyLIV, is two-thirds a drama about a clinically depressed mother and her troubled son’s dysfunctional relationship, which is extremely well written and directed, and one-third a boring, stereotypical haunted house movie.

As a result, writer-director Rahul Sadasivan and co-writer Sreekumar Shreyas are unable to fully direct both parts of the film. The absent third of the mental health drama in Bhoothakaalam leaves some questions unanswered. Meanwhile, the missing two-thirds of the horror movie left me unsatisfied.

Vinu (Shane Nigam) is unemployed, self-absorbed, spending most of his time indoors. He has a girlfriend and a few friends, but they exist somewhere on the periphery of his mind. Vinu is mostly seen drinking and smoking, away from the gaze of his overbearing schoolteacher mother Asha (Revathy). Vinu’s debt-ridden father died when he was seven. Asha had to raise Vinu on her own. Naturally, her world revolves around her son, and she can’t bear to see him leave her for a job outside.

Vinu’s angst seems to stem from Asha’s controlling nature. Asha forced him to study medical sciences. He quit and half-heartedly earned a degree in pharmacy, hoping to find a job and escape from home. But Asha keeps stopping him from moving to another town, and there’s no job for him in their small town. Asha is also clinically depressed. There is also a paralyzed grandmother in the house. Vinu is therefore in a perfect position to lose his mind. After the grandmother dies, Vinu begins to snap and the hauntings begin around the same time.

Nigam’s boy-next-door appearance belies the darkness he is able to bring to his roles, previously seen in the 2019 film Ishq. Revathy, a great actor, is skillfully cast; she was the face of Ram Gopal Varma’s Raat (1992), the best Indian haunted house film of all time.

Vinu and Asha are well-written and well-acted, and that’s what’s great about Bhoothakaalam. The writing, acting and directing leave us in no doubt of Vinu and Asha’s loneliness and heartache. All communication is broken between mother and son. Vinu and Asha feel they don’t understand each other. They are right.

The film suggests that Vinu and Asha’s haunted house is a vampiric machine that absorbs negativity from its inhabitants, amplifies it, and transmits it back to Vinu and Asha, worsening their condition. It’s a tried and true conceit, dating back to Shirley Jackson’s 1959 novel The Haunting of Hill House, recently adapted as a Netflix miniseries. The end of the novel raises the question of whether the house was actually haunted or whether the deranged heroine Eleanor imagined it all. This ambiguity is maintained until the very end in Le Babadook. But in Bhoothakaalam, if Sadasivan has understood the mechanism of his gender well, he does not completely succeed in proving it.

Perhaps he intended to unbalance the balance between horror and sanity drama? Maybe he actually wanted to talk about mental health and a mother-son relationship under the guise of a horror movie? If so, Sadasivan is successful, because the relationship between Vinu and Asha really moved me.

Bhoothakaalam, co-produced by Shane Nigam’s mother, Sunila Habeeb, also appears to be a personal statement from the actor. After his dispute with the Kerala Film Producers’ Association in 2019, following which he faced allegations of indiscipline and drug use, Nigam remained absent from the big screen until 2020 and 2021. His mother Sunila supported him.

Vinu faces a similar situation in Bhoothakaalam. The world thinks he’s a wasted bum, but all he really needs is his mother’s support. In a scene near the end, as mother and son are in tears, Vinu talks about her greatest fear: “The fear that our loved ones won’t understand us”. It’s certainly scarier than anything supernatural inside and outside of Bhoothakaalam.