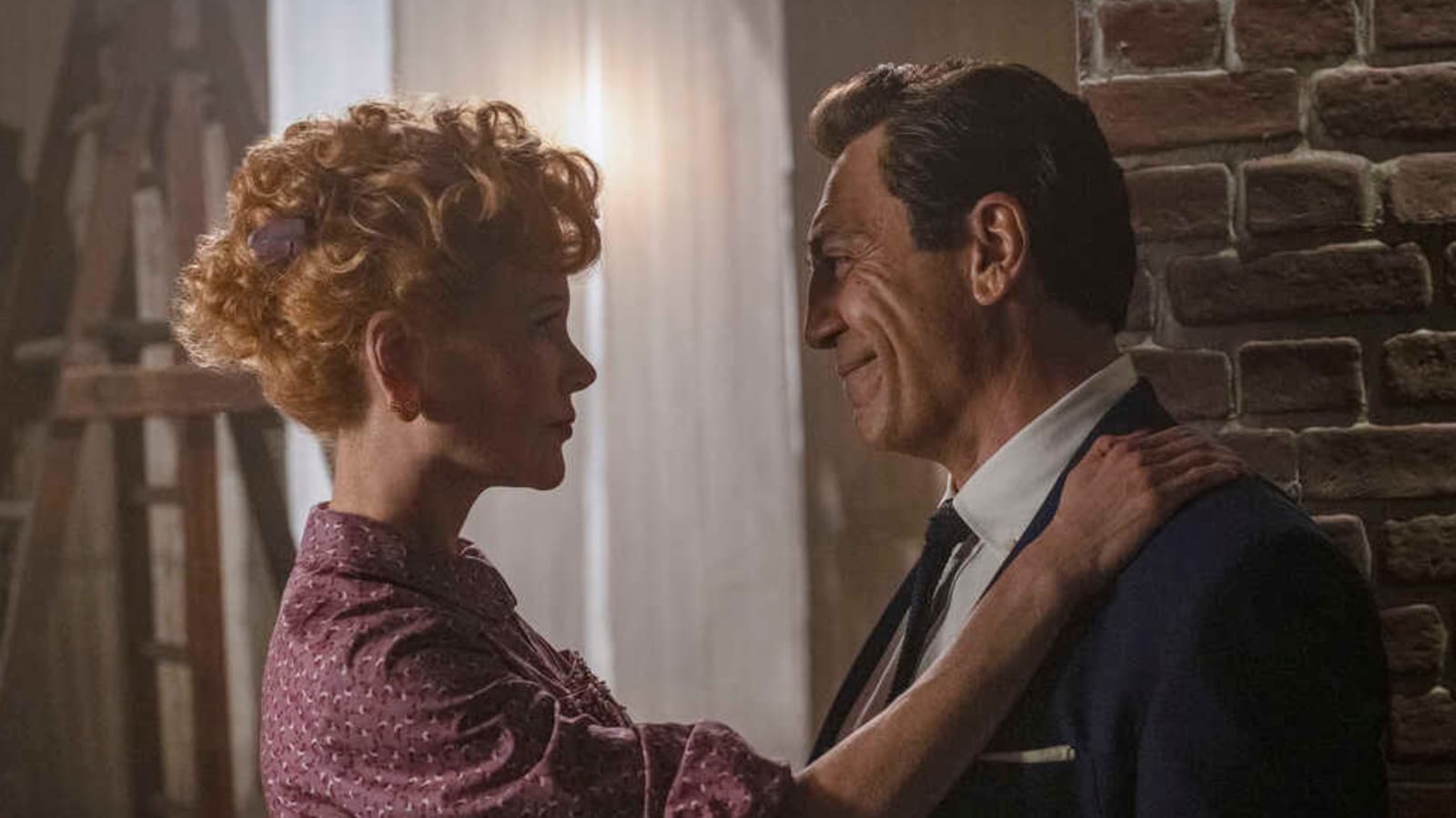 There are two ways to cast an actor in the role of a real person. You can either find someone who looks like them and hope they do well, or find a good actor and let the makeup department make their money. Aaron Sorkin’s Being the Ricardos takes the latter route, which is a brave choice. The film’s protagonists, Lucille Ball and Desi Arnaz, are icons of American television and are etched in the country’s cultural memory. The casting of Nicole Kidman as the beloved Lucille Ball was not without controversy. But it’s a bet that seems successful, at least in part. Both leads did a great job, as did much of the supporting cast. Where the film falters, however, is its pacing and narrative.

Lucille Ball and Desi Arnaz were America’s premier comedy couple in the 1950s. Their show I Love Lucy, which introduced the modern sitcom style to the world, was a hit for six years. The film deals with a particular week in the life of the power couple when their world – both personal and professional – was turned upside down. It shows how Desi and Lucy are working together to save their marriage, their career, and possibly their life. The film takes creative liberties and alters the timeline of several events. For one thing, the issues in the couple’s life in the film happened years apart, not in a week, but that’s all forgivable. The drama, urgency, and countdown style of the film’s narrative up the ante.

Something that makes Being the Ricardos a better watch for Indian audiences, perhaps, is that I Love Lucy isn’t as big a phenomenon here as it is in the US. Those who haven’t watched Lucy and Desi’s reruns can easily accept Nicole and Javier’s portrayals of the couple. This is helped by the fact that Nicole’s makeup is spot on and her transformation into Lucille Ball is effortless with the distinct voice and accent. Javier Bardem is also a good choice to personify the charm and spirit of Desi Arnaz. Her Colombian accent can be a little too much at times, but it never seems like a mockery.

The two protagonists are the beating heart of the film and they move the story forward on their own. This movie needed Desi and Lucy to have rock solid chemistry and Nicole and Javier bring just that. Watching two actors of this caliber own the screen is an experience. The scenes where Nicole Kidman performs the kind of physical comedy that Lucille Ball was famous for are a treat to watch. Disclaimer: Don’t compare Nicole to Lucy and enjoy one artist paying homage to another. The black-and-white recreations of scenes from I Love Lucy are the highlights of the film.

The performances of the supporting cast, which is quite stellar, are like the icing on the cake. JK Simmons and Nina Arianda stand out as veteran TV actors William Frawley and Vivian Vance. These are the eyes through which the audience sees the real versions of Lucy and Desi, not the ones our protagonists have carefully crafted for the world. Alia Shawkat, Clark Gregg and Tony Hale also do their roles justice.

The film focuses on the tumultuous relationship of the main couple, but it gets exhausting after a while. We get tired of fights after fights and many disagreements and after a while. As Aaron Sorkin tries to incorporate the very physical 50s TV acting style into his storytelling, the subtlety goes out the window, which makes watching the film somewhat taxing. Every character is bolder, every dialogue is louder, every twist is accentuated, and every situation feels much more serious than it should be.

My biggest complaint with Being the Ricardos is that everyone talks like Aaron Sorkin. You can be forgiven for thinking you’ve just started watching a long-form version of The Social Network. Sorkin’s dry humor and writing are always enjoyable, but not when they reduce several characters to extensions of the man himself, with very few qualities of discernment and distinction.

Being the Ricardos is a big storyline. What if Aaron Sorkin hadn’t gotten carried away and made a more seamless film about the worst week of Lucy and Desi’s lives? It had the cast, the setting, and a good premise – everything to hold it all together and make it a memorable movie. But in the end, we get an uneven but well-acted film that promises a lot, somewhat entertains but still leaves you wondering what was missing. Being The Ricardos is currently streaming on Amazon Prime Video.

Movie: Be the Ricardos